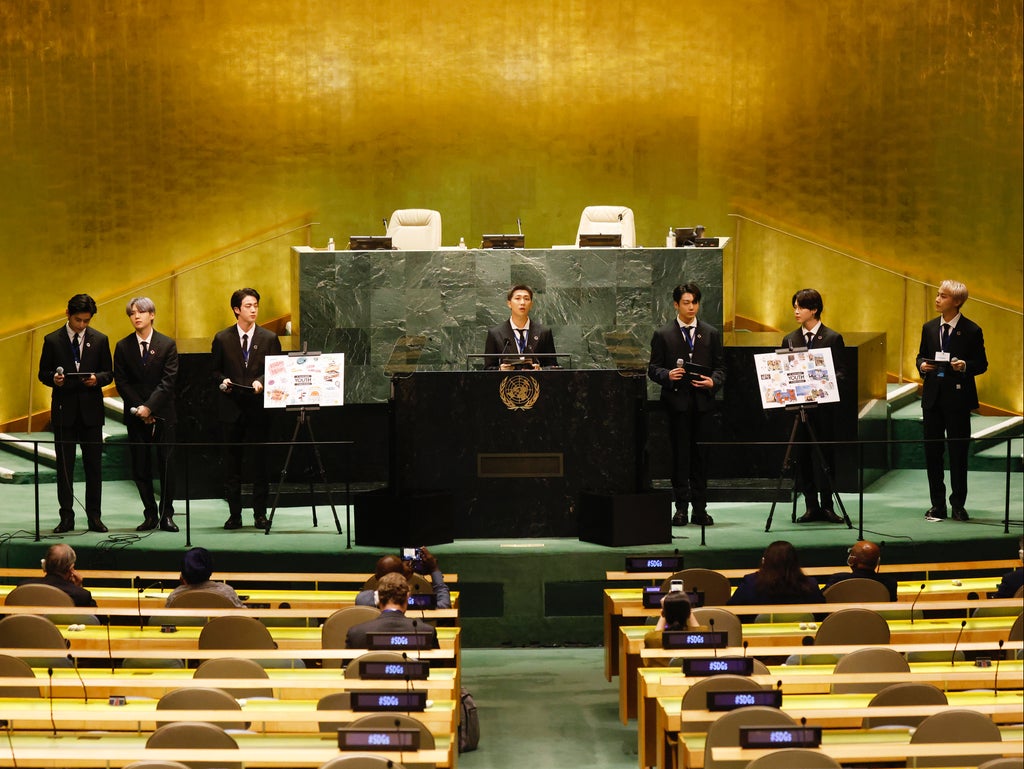 The seven members (known by their stage names RM, Jin, Suga, J-Hope, Jimin, V, and Jungkook), were deemed “special presidential envoy for future generations and culture” by the President, who later showcased a pre-recorded clip of their new single, Permission to Dance.

Fans of the multibillion-dollar act flocked to the official United Nation’s YouTube channel, where they flooded the live chat with gushing messages from across the globe and inundated the band with purple hearts.

“I’ve heard that people in their teens and twenties today are being referred to as Covid’s lost generation, that they’ve lost their way at a time when they need the most diverse opportunities and must try new things,” BTS’ lead singer RM said.

“But I think it’s a stretch to say they’re lost just because the paths they tread can’t be seen by grownup eyes.”

Jin then suggested the younger generation should be called the “welcome generation” instead. He explained: “Because instead of fearing change, this generation says ‘welcome’ and keeps forging ahead.”

They then proceeded to discuss the Covid vaccine and said that a lot of people have been curious as to whether the members have been jabbed. “Yes, all seven of us, of course, we’ve received vaccinations”J-Hope stated.

“Like the vaccinations, efforts are continuously moving forward to keep this new reality going. And I think the day we can meet again, face to face, is not far away”V was added.