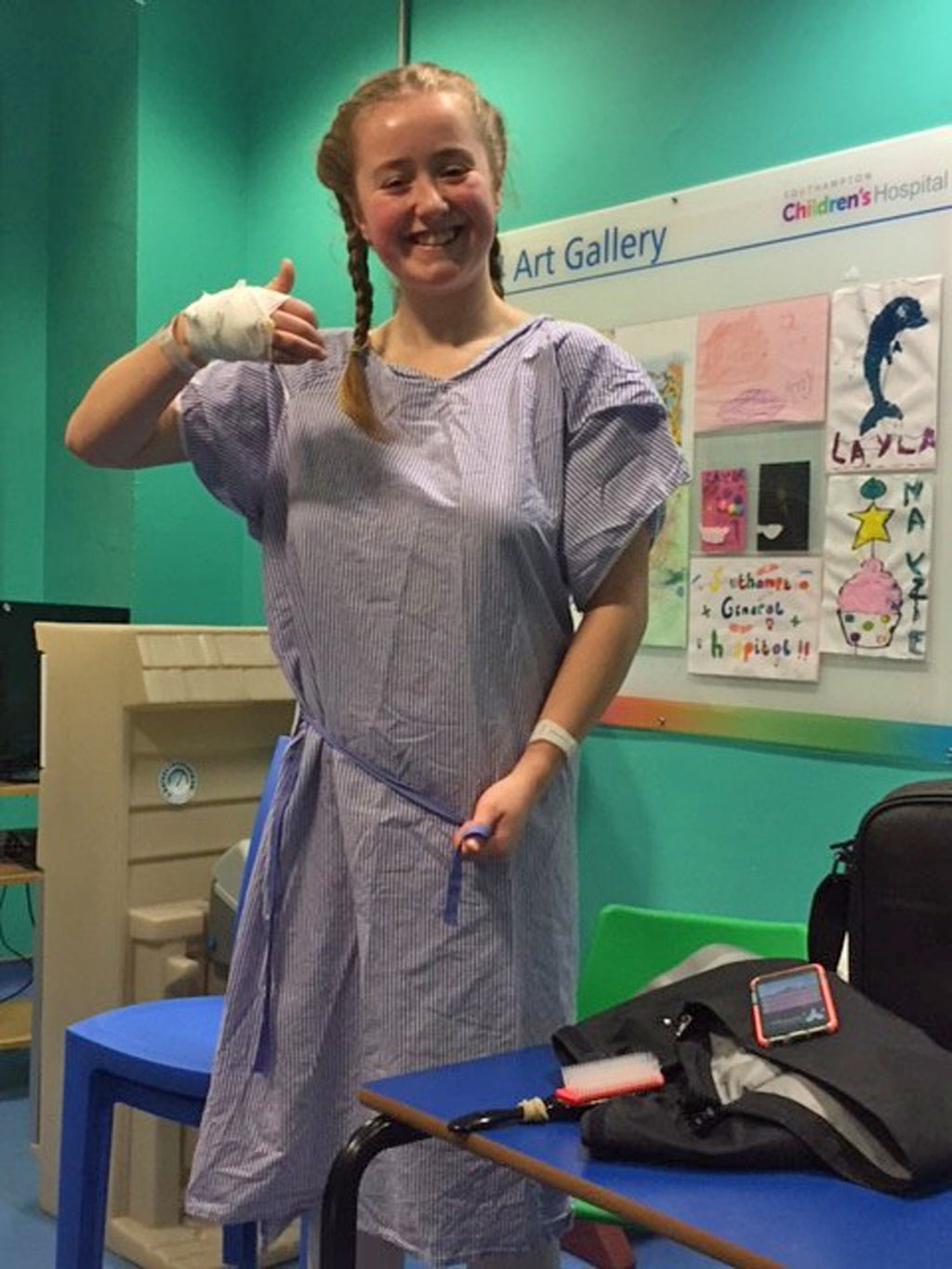 The youngest runner in the London Marathon is undertaking the challenge to raise money for the medics who saved her life by carrying out surgery to remove a tumour from her gut the size of a large grapefruit.

Lucy Harvey, from Poole Dorset was admitted to Poole Hospital in January 2019 with appendicitis, but the pre-op scans identified a mass on her pancreas.

She was referred to Southampton General Hospital where she underwent major surgery, known as the Whipple procedure, to remove the solid pseudopapillary epithelial neoplasm (Spen tumour) along with the head of the pancreas, gallbladder, duodenum and part of her stomach.

Now Ms Harvey, who celebrates her 18th birthday on Saturday, the day before the Virgin Money London Marathon, is fundraising for the Friends of PICU (Paediatric Intensive Care Unit).

She told the PA news agency: “I am really excited, it’s my first ever marathon and it’s been my dream to do London and to do it on the day after my 18th birthday.

I am running exactly two and a half years after my operation, to show that anything is possible when you put your mind to it

“It isn’t exactly a typical 18th birthday, a few people in my year are going out to have drinks, I’ve had a sip of Prosecco and that’s it for me.”

She added: “I am running exactly two and a half years after my operation, to show that anything is possible when you put your mind to it.

“I may not set a record time, however by completing this it will be my way of thanking Southampton Hospital and PICU for saving my life.”

She continued: “The care they give there is absolutely incredible, I feel very fortunate to have that level of care.

“Even when you are lying there for the operation, the nurses always have such a smile on their faces and I knew I was going to be alright.”

Ms Harvey has so far raised just short of £5,000 and donations can be made here.