1. Galimzhan Yessenov Wins $500m on Kazakhstan’s Who Wants To Be A Millionaire?

This amusing video reveals how a young oligarch from Kazakhstan called Galimzhan Yessenov made a fortune after marrying the daughter of one of Kazakhstan’s most powerful politicians. The video raises important questions about whether Yessenov’s acquisition of ATF Bank and Kazphosphate were financed using the proceeds of corruption.

The video uses the theme of a game show and offers an insight into how access to political figures in Kazakhstan can turn a young businessman into a multi-millionaire overnight. It uses images from the “Who Wants To Be A Millionaire?” game show to make its point about potential corruption and money laundering. Among the issues raised by the video was the cash given to Yessenov’s struggling ATF Bank by Samruk, the sovereign wealth fund run by his father-in-law.

2. ‘How To Be A Russian Oligarch’ With Billionaire Mikhail Prokhorov

Comedian Stephen Colbert interviews Russian oligarch Mikhail Prokhorov and spends a day with him learning “what it takes to be an oligarch”. After a brief overview of Prokhorov, which focuses on his relationship with Putin, there is a short interview about the life of an oligarch before the pair go to Prokhorov’s martial arts dojo to throw shuriken and axes at a target.

The “dangerous” stereotype of an oligarch is repeatedly played for laughs by Colbert, but the main source of comedy in the video is the contrast between the terse and stoic Prokhorov and the chatty, joking Colbert. While the content of the video is fairly banal, it is interesting for actually showing an oligarch up close and relaxed, unlike most of the other videos on YouTube, which mainly consist of documentaries about corruption and money laundering.

Split into 3 parts, named “the Fugitive”, “the Prisoner”, and “the Politician”, this is a 3-hour long documentary that examines the relationship between Russia’s oligarchs and Putin’s government. Rather than focusing on Putin’s allies this video looks at his adversaries. It explores how they sought to change Russia and/or oust Putin, and the tactics Putin used that brought them down. The film includes a number of interviews with the oligarchs, including Boris Berezovsky, Vladimir Gusinsky, Roman Abramovich, Mikhail Khodorkovsky, and Yuri Luzhkov.

The third episode documents Putin’s rivalry for the presidency with Yuri Luzhkov, billionaire Mayor of Moscow. This section showcases both the ruthless methods in which Putin crushes his opposition and the extreme corruption that exist at the highest levels of Russian government.

4. A Day with a Russian Billionaire

Similar to the video with Colbert, this is a short and lighthearted “day in the life of an oligarch” video. The interviewer Ryan Duffy meets Russian oligarch Sergey Veremeenko and his much younger wife, has dinner with them, visits an Orthodox monastery that houses Veremeenko’s religious art collection, goes on a wild boar hunting expedition, and spends time with the oligarch at a sauna. This video is much more “Russian” in tone than the Colbert interview, from the snowy landscape to the music.

The comic elements in this video are less intentional than the Colbert one, mainly Veremeenko beating a bemused Duffy with birch branches in the sauna and Duffy growing increasingly uncomfortable with the amount of vodka he’s expected to drink. In between these antics, in contrast to Prokhorov, Veremeenko is quite verbose, giving his opinions on the life of an oligarch and the political situation in Russia. It’s an interesting opportunity for the viewer to see an oligarch sharing his thoughts openly and unscripted.

5. Kyiv – London. From Ukraine with Cash

One of the few investigations to look specifically at Ukrainian oligarchs, this video focuses specifically on the link between Ukrainian billionaires and real estate in London, often hidden behind shell companies. No oligarchs are interviewed for the video, and there is too much screentime given to unsuccessful attempts to ambush oligarchs and their advisors for an interview, but the research they have done on foreign property ownership and its effects on London neighbourhoods is fascinating.

The video portrays London as a sort of bolthole for Ukrainian oligarchs looking to avoid litigation, and raises important questions about whether they are buying access to British MPs. The most interesting section is about the purchase of the former Brompton Road tube station by Dmytro Firtash, whose arrest in Vienna on bribery charges two months later raises questions over whether the Ministry of Defence, as the seller of the property, paid sufficient attention to the source of the money. 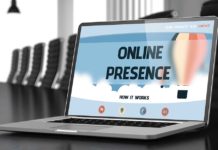 Cobra Kai Renewed For Season 5 After Massive Success With Past...

Raghuveer Reddy - April 13, 2021
0
As we all know, Netflix has announced Cobra Kai season four in the February of this year. But the news now is that Netflix...