Steven Spielberg is broadly known for his sci-fi movies in the theatre world. Apart from movies like Jurassic Park and Minority Report, he has also created movies with war narratives like Schindler’s List and Saving Private Ryan. However this time, the renowned director is coming out of his comfort zone and creating his first-ever musical production.

Are you eager to see the movie? Will it be worth our excitement? Well, keep reading to find out more.

West Side Story: Cast and Plot!

Rachel Zegler Will take on the role of Maria in the adaptation. According to her,  this movie is “ a beautiful display of Latin joy and the way that young Latin girls deserve to see themselves- dancing around in pretty dresses and singing about loving themselves.”
Ansel Elgort will portray the character of Tony, the love interest of Maria. after starring in “The Fault in Our Stars” and “Baby Driver”, this will be his another iconic role.
Broadway alum David Alvarez will play Maria’s brother Bernardo and Ariana DeBose his girlfriend, Anita.  Both of them will try to prevent  Maria and Tony from delving into a relationship due to their clashing backgrounds. 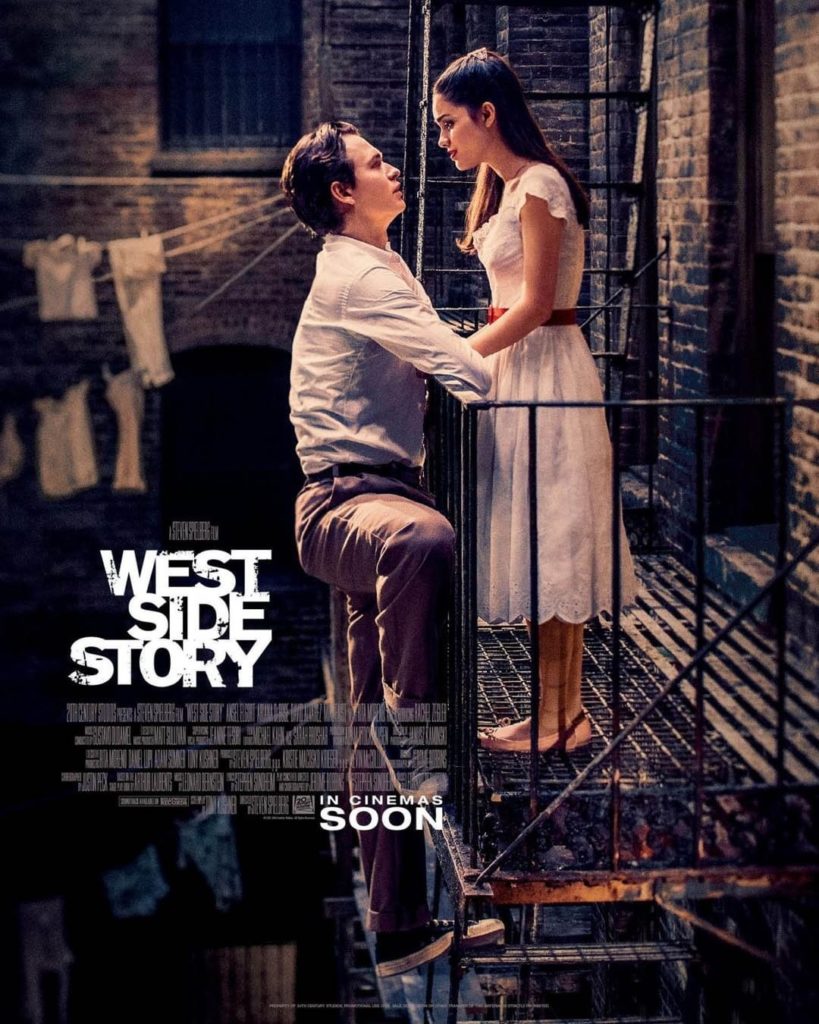 The West Side Story is a beloved Broadway Musical Set in New York with the Romeo and Juliet feel. the protagonists,  Maria and Tony come from different ethnic backgrounds And embark upon an impossible love affair.

The trailer was released in September and it shows the first meeting of Tony and Maria at a dance event. Also, Maria’s brother Bernardo shows a hint of the conflict as he asks Maria to stay away from Tony.