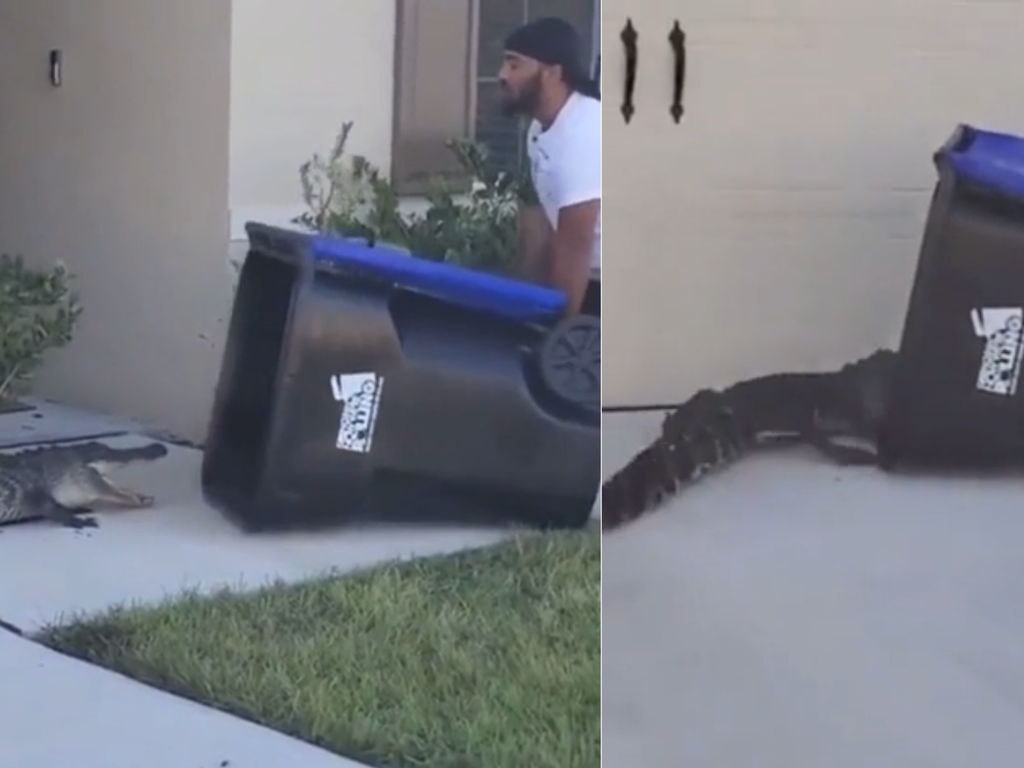 The moment a Florida man unbelievably captured an alligator in a wheelie bin has been caught on camera.

Footage of the incident showed a gigantic alligator on someone’s driveway, but rather than leaving it be and calling a professional to come and deal with it, the person in the clip decided to take matters into their own hands.

The man used a wheelie bin that had an opening pointed at the alligator to move it towards it.

As the animal moved backwards, the man kept driving the bin forward and eventually got the prehistoric creature’s head inside the bin, before lifting it upright to completely trap it.

The clip was first posted on Reddit’s r/nextf******level subreddit and has been upvoted over 105,000 times.

It has also amassed over 3.4 thousand comments from people in awe at the man’s efforts, with one person pointing out that he did it all while wearing socks and Adidas slides.

Someone else joked: “I forget, does alligator day come before or after trash day?”

The unbelievable video has since been posted on Twitter with the caption: “This Florida Man has won the internet for the Month of September.”

Within a matter of hours, it has amassed over 43,000 likes and been viewed over half a million times.

Some did seem concerned for the welfare of the animal and stressed that it is common practice in Florida to call animal control, rather than attempt to catch it yourself.

Rather him than us, that’s for sure.