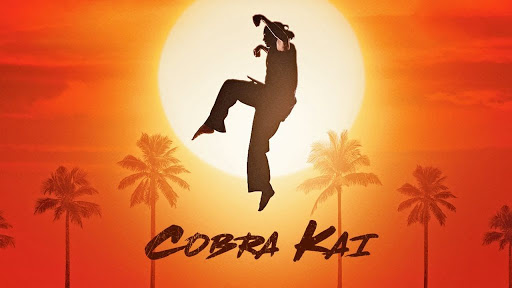 For those of you hoping to have more of a good thing on Cobra Kai season 4, we come bearing some good news!

In a recent post on Twitter, show executive producer Hayden Schlossberg notes that this season is going to have longer episodes. Is this a response to the show being more of a fixture on Netflix than ever before, or to its rapidly-expanding success? It’s a fun thing to think about, but does there really need to be a reason?

Watch our Cobra Kai season 4 preview now! Take a look below for some of our thoughts on where things could be going from here. We will be offering up more discussion throughout the season, so remember to SUBSCRIBE to Matt & Jess on YouTube so you don’t miss any of it.

From our vantage point, we attribute the longer episodes mostly to the fact that Cobra Kai has expanded its universe in such a way where it can do this without stretching the story too thin. A great comparison is Apple’s Ted Lasso, which also had longer episodes for a good chunk of season 2. This was likely tied in part to have a deeper, richer world, and characters who merited that bit of extra time week in and week out. Given that Cobra Kai is adding Terry Silver plus keeping a number of established favorites, we tend to think they will make the most of whatever time here they ultimately have.

Remember that Cobra Kai season 4 is set to premiere on Netflix come December 31; a season 5 has already been ordered, and new episodes have been in production for at least a little while now.

What sort of stories do you want to see explored over the course of Cobra Kai season 4?

Be sure to share right now in the attached comments! Once you do just that, remember to stick around — there are other updates on the way and we don’t want you missing them.