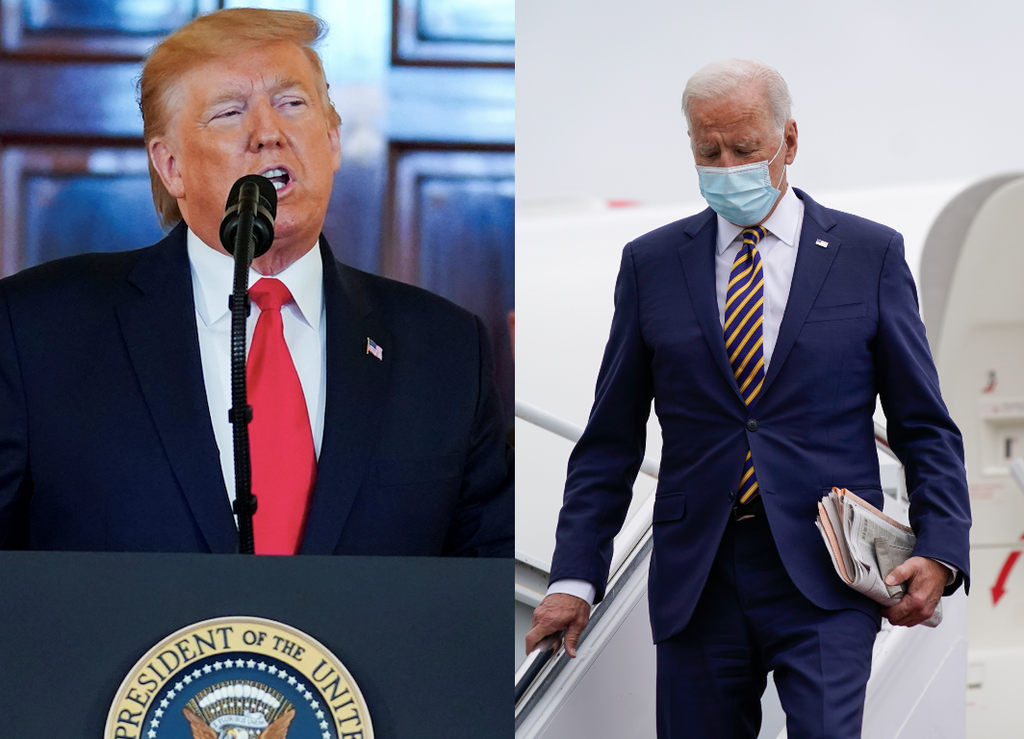 In Trump’s latest display of White House envy, the former president wanted to paint his private jet in red, white and blue like Air Force One – according to a new book by journalists Bob Woodward and Robert Costa.

Insider reported on Friday that Peril, set to be published next week, claims that the Republican wanted his own Boeing 757 plane to look like Air Force One as a way of “taunting” current POTUS Joe Biden.

During a session of golf, Trump supposedly said: “The American people love that plane. I am thinking of getting it repainted red, white and blue – like Air Force One, the way I think Air Force One should look.

“I don’t do the corporate jet thing. I’m not going to show up in a little Gulfstream like a f**king CEO.”

If true, it wouldn’t be the first time that Trump has mentioned the red, white and blue colour scheme.

In July 2018, the businessman told CBS the updated jet will be “top in the world”, and it’s “gonna be red, white and blue, which I think is appropriate”.

The new design was unveiled by Trump almost a year later during an interview with ABC News, with the belly of the plane now covered in dark blue and a red stripe across its width. It was a colour scheme that drew comparisons to Trump’s 757 at the time.

Essentially, it now looks like it’s the other way around, with Trump reportedly wanting his jet to look like Air Force One.

However, with Biden now in charge, it’s unknown whether he’ll keep the aesthetic proposed by his predecessor.

At a press conference held by the White House press secretary in January, not long after Biden took office, Jen Psaki said: “I can confirm for you here the president has not spent a moment thinking about the colour scheme of Air Force One.”

Since then, it’s been reported that the first of two new replacement jets may arrive a year later than expected, in 2025.

“Boeing has informed us that they believe it will be a 12-month [delay] beyond their original schedule – that doesn’t mean that we agree with that,” Darlene Costello, the principal deputy assistant secretary for Air Force acquisition, told DefenseNews in June.

Of course, with Biden in the White House until 2024, a delay beyond that could mean he doesn’t get to spend any time in the refurbished jet at all.

Personally, we’re a fan of this plane pettiness. We’re just waiting for Biden to paint it bright orange…

Share
Facebook
Twitter
Pinterest
WhatsApp
Previous article‘I’m a stay-at-home mum at 22, my man showers me with cars as he knows how hard I work’
Next articleThe Strange Reason Gwen Stefani Is Thanking Blake Shelton