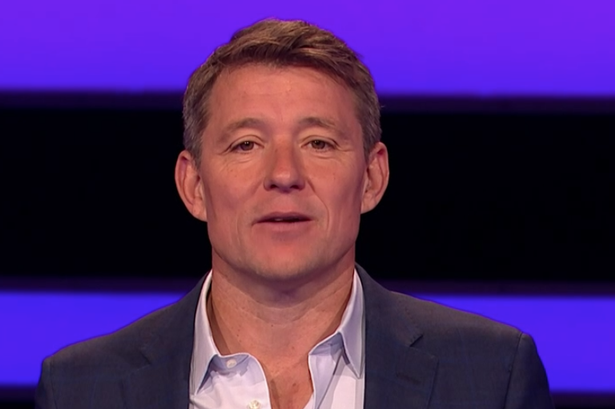 Tipping Point fans were left humoured on Tuesday after they noticed two contestants had the names Jack and Jill and wondered if the producers put them on the show on “purpose”.

Jack and Jill competed for their spots in the final round of the quizzing program.

The viewers at home were more worried about their names in relation to the popular nursery ryhme for children, which led them to be quite distracted.

Tipping point fans posted their thoughts about the player’s names to Twitter.

One fan said: “Producers… really jack and Jill on the same show? That must have been intentional lol.”

Another viewer questioned: “Did they put Jack & Jill together on purpose?”

Meanwhile a third believed it was done intentionally and said: “#TheChase are doing it tomorrow – Jill, Jack, Pippa and Peter. The last two names are meant to be like Peter Piper – like the tongue-twister.”

But the puns didn’t stop there, because Tipping Point fans found humour when Jack didn’t make it through to the penultimate round alongside Jack.

A viewer penned: “Well it looks like jack fell down the hill.”

Another found humour in this too and wrote: “Jacks out will Jill come tumbling after him?”

“Wonders if jack and Jill went up the hill,” a third joked.

On Tuesday afternoon’s program, Jack was the center of attention. Home viewers couldn’t help but notice Jack’s shirt with a tiger print and compare him to Joe Exotic in the Netflix series Tiger King.

On Twitter, viewers shared their thoughts on Jack’s attire. Some even begged the player to take it off.

One viewer chimed: “Jack’s got his gear out of the Tiger King’s recycling.”

While another said: “Taxi for Jack and his horrendous shirt who didn’t have a lovely day.”

“Going home Jack, put ya shirt in the bin when you get there,” a third added.

Later on in the show, Gill managed to beat off her competitors and made her way to the final round and although she didn’t leave with the jackpot prize of £10,000 she still had a tidy sum under her belt.