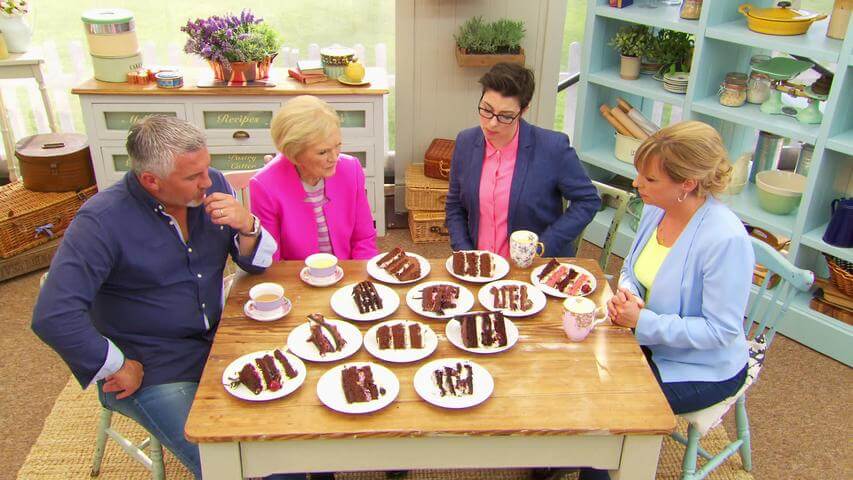 Netflix’s naming conventions of the series is confusing, particularly if you’re going and looking through the Wikipedia seasons. Netflix labels its seasons as collections and the flagship show begins with collection 1 which is in actual fact season 5 of the show.

The Beginnings on Netflix covered the earlier season but as we’ve mentioned, that too is leaving Netflix on January 1st, 2022.

With that said, let’s take a look at what early seasons are scheduled to leave Netflix. The removal is for the first day of 2022 meaning your last chance to watch all these titles, as the notice that appears when you start to watch these titles indicates, is December 31st.

Here’s what collections of The Great British Baking Show are leaving Netflix on January 1st, 2022:

Why are these seasons leaving and not the later season? Well, if you boot them up on your Netflix account you’ll notice all come with the PBS intro and not the Netflix intro. As you may recall Netflix picked up the exclusive US rights to the show starting from collection 5. These earlier seasons were only licensed to Netflix and it appears that time is now up.

You’ll notice that all these seasons leaving are the years prior to the show moving from the BBC in the UK over to Channel 4. Notably, the Channel 4 years do not feature Mary Berry as a judge plus it saw the change of hosts from Mel Giedroyc and Sue Perkins.

Where these earlier seasons will stream next is unclear. The logical home would be PBS but we don’t yet have confirmation.

What will the removal of these earlier seasons leave Netflixers with? In the US, you’ll have collections 5 through 9 (season 7 through 12) still available which brings you right up to date. You’ve recently had season 4 of The Great British Baking Show: Holidays which were the two episodes broadcast in 2020. More Christmas episodes are expected to air this year.

Of course, if you’re outside of the United States none of this applies to you as Netflix only carries the show in the US.