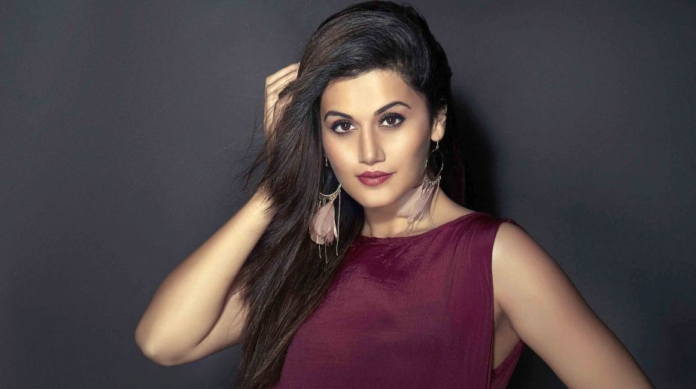 Taapsee Pannu is one of the Bollywood actresses who are ahead from others in scathing sarcasm. Recently she twitted on news of Nagpur, Maharashtra, where a man crashed his girlfriend’s head on the suspect of her “character”.  The news was :

Nagpur police arrested the accused person. In addition, police told that they get information in the morning on Saturday about a dead body of a girl lying on Pandhurna-Nagpur Highway and her face was crushed. Police find her identity from social media, as she was an aspiring candidate to become a model. Accused person Ashraf Sheikh arrested after that by Nagpur police.

On this news Taapsee Pannu written in her tweet “Or maybe let’s just say they were madly in love with each other n this ‘act’ was to validate his TRUE love for her”. After this her she got trolled for this tweet.

Or maybe let’s just say they were madly in love with each other n this ‘act’ was to validate his TRUE love for her. 🤷🏻‍♀️ https://t.co/BGmhA7XHyM

One user replied to her that “I pray to God that this happens to you and your entire family n friends”. Another user replied to her “Hope your boyfriend / Husband leaves you before you validate your “True Love” for him”.  After trollers, Taapsee Pannu also replied to them and trolled back to the users.

One user also replied to her that “You must be deranged to take a dig at Kabir Singh while reacting to a real murder”. This tweet may be related to Sandeep Reddy Vanga, director of movie Kabir Singh who said recently that “When a man and woman are in love if you don’t have that liberty to kiss, slap or touch each other, then I don’t see any emotion there.” However, this statement was blown way out of proportion by some people.

Taapsee Pannu is one of the best actresses in Bollywood. She is active in Bollywood from 2010. After the movie with Akshay Kumar (Mission Mangal), Right now she is busy in her upcoming project “Saand ki Aankh”. In this movie, she is playing the role of a 60-year-old woman who is a sharpshooter in the movie. Taapsee Pannu previous movie was “Badla”, “Game Over”. We wish her a great career ahead.