With a fantastic season 3 debut episode, ‘Succession‘ returns to our screens with the consequences from Kendall’s press conference accusing his father of covering up their company’s history of sexual misconduct occurrences. Logan is forced to go into damage control mode, while Kendall attempts to take advantage of the situation and establish some momentum. So, what happens in Succession Season 3 Episode 2?

Season 3 Episode 2 of ‘Succession’ will air on HBO on October 24, 2021, at 9 p.m. ET. The third season consists of nine episodes, each lasting 56-70 minutes. Every week on Sundays, new episodes of the show will run on the channel.

Where can I watch Season 3 Episode 2 of Succession online?

When Season 3 episode 2 airs on HBO at the specified day and time, cable customers may watch it by switching to HBO on their television screens. HBO Max subscribers will be able to see the new episode as well. By joining HBO Max to their existing plan, cord-cutters may watch the forthcoming episode on platforms including DirecTV, Xfinity, Spectrum, Hulu, and Youtube TV. Season 3 episodes are also available on-demand through Amazon Prime Video.

Spoilers for Season 3 Episode 2 of Succession

‘Mass in Time of War’ is the title of Succession Season 3 Episode 2. It will concentrate on the shifting allegiances of Kendall and Logan’s numerous followers. They must determine the implications of the father-son feud for their futures. Logan and Kendall are expected to adopt a combative approach to one other, going to considerable efforts to enlist the support of the players they desire. Inadvertently, the Roy siblings will be forced to make difficult decisions as a result of the power struggle. Kendall may try to enlist the services of Sandi and Stewy, while Greg may seek assistance from Ewan. 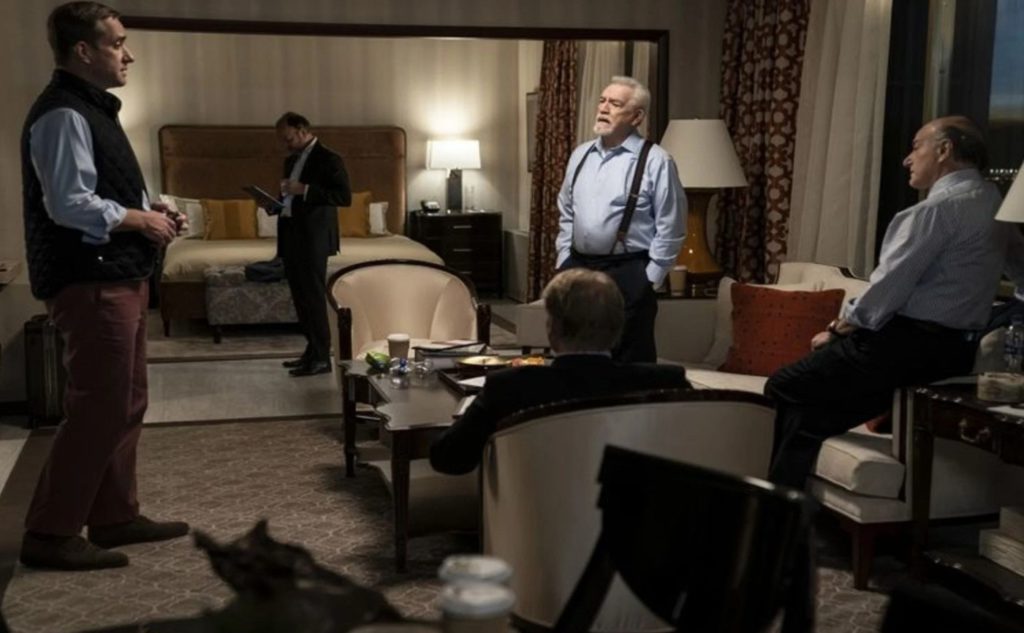 Recap of the first episode of Season 3 of Succession

The third season opener, dubbed ‘Secession,’ picks up where season 2 left off, following Kendall’s spectacular press conference. Kendall goes with Greg and Karolina to enlist the help of the company’s upper management in preparation for the impending shareholders’ meeting. Karolina, on the other hand, refuses to accompany Kendall. Logan, meantime, is reuniting with his children and advisors. Kendall is given the opportunity to withdraw his comments. Kendall disagrees, and the father and son are in a full-fledged battle.

Logan divides his friends into two categories. To escape extradition, the group of Logan, Tom, Karl, Frank, and Hugo travels to Sarajevo. Meanwhile, Roman, Gerri, and Shiv return to New York with the other group. Logan steps aside as acting CEO for the time being as he considers who should be named temporary CEO. Kendall gathers his team at Rava’s apartment and, with the aid of two public relations specialists, works on enhancing his public image.

Kendall is also attempting to persuade Waystar’s top board members to support him. Frank, on the other hand, is the only one who takes Kendall’s proposition seriously. Shiv makes an attempt to get top lawyer Lisa Arthur for Logan’s case, but Kendall has already hired her. Following Shiv’s failure, Logan appoints Gerri as temporary CEO and Layo Upton, Lisa’s adversary.