It is a known secret that the hit show Star Trek: Discovery is returning for a fourth season. Ever since the end of the third season, the internet had been a buzz with speculations about the next season. Much to the joy of fans, confirmation came in the form of Soneua Martin Green revealing a teaser for the season on April 5th, 2021 during the “First Contact Day virtual event. This season will be produced by CBS Television Studios. The series will now be set in the 32nd century. 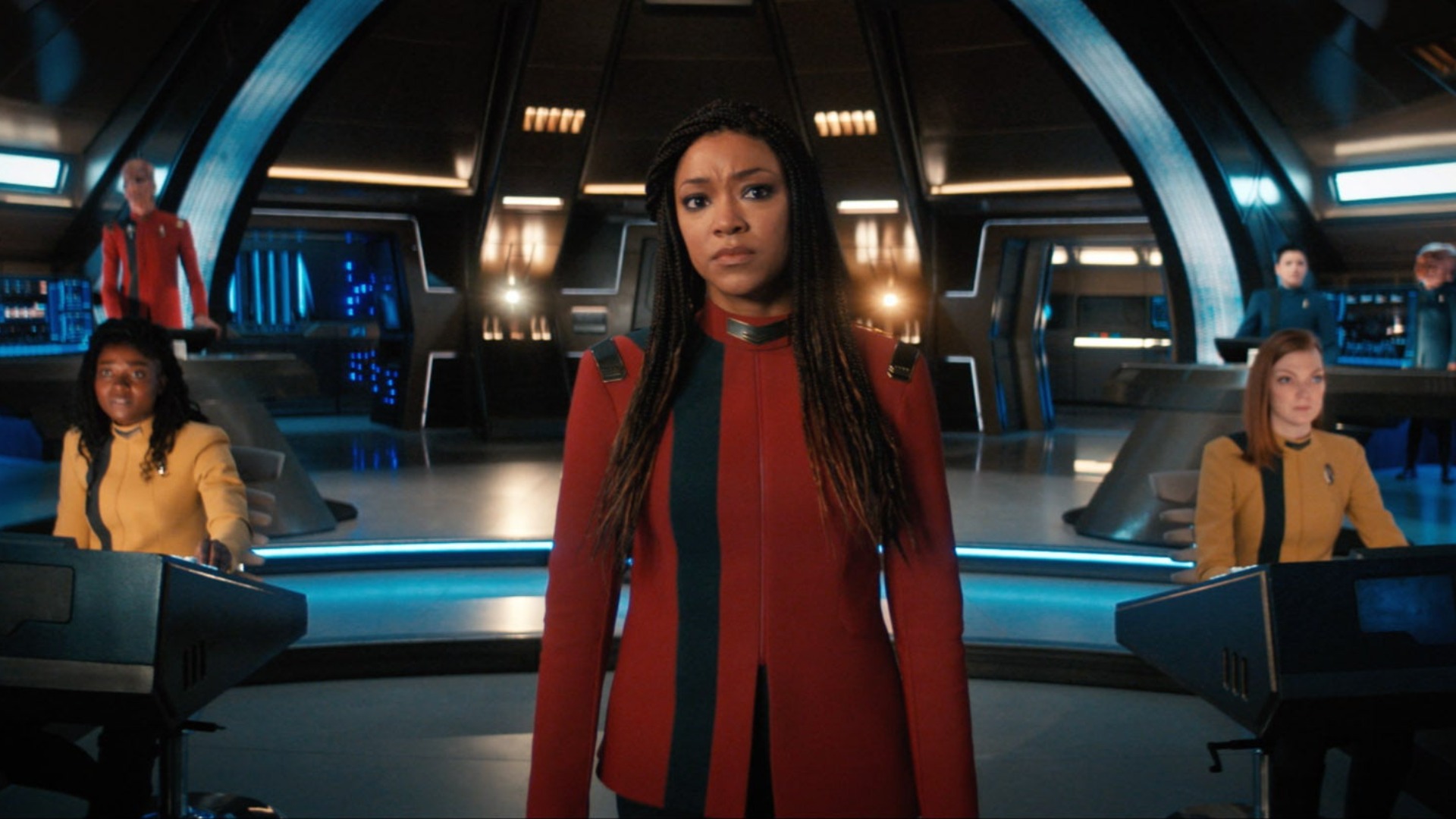 As mentioned before, every season of the show will now be set in the 32nd century. In Season 4, the Discovery crew will face their most dangerous obstacle yet. An aberration in the gravitational force is posing a great threat and damage to life in the galaxy. In order to prevent the disaster, Burnham and her crew must join forces with the other species and non-Federation to save the universe. The idea in itself feels very much like a reflection of the ominous uncertainty that the Covid-19 pandemic has brought about. This was confirmed by showrunner Michael Paradise. Thus, the show will explore what it means to live in a world of uncertainty in the face of grave danger.

The entire cast of the previous season is set to return. The ones confirmed to be reprising their roles are Sonequa Martin-Green as Captain Michael Burnham, Doug Jones as Saru. Anthony Rapp as Paul Stamets and Wilson Cruz as Dr. Hugh Culbert will also return, along with the others.

Season 4 of Star Trek: Discovery premieres on 18th November 2021 on the streaming service Paramount+. It will also be available on CTV Scifi on the same day. Watch the official trailer for the show here:

However, viewers will require a Paramount+ subscription to watch the show.