Some Of The Best Stone Cold Steve Austin Movies

December 19, 2021
From the World Wrestling Federation ring to the acting scenes, here are some of the best Stone Cold Steve Austin movies. First off, Steven James Anderson is a famous and infamous wrestling legend, actor and podcaster who rose to fame when the current WWE was the WWF. He fought Dwayne “The Rock” Johnson, he fought Shawn Michaels, he set fire to Vince McMahon’s car, and he was an undeniable guy in the ring. But there’s also a side of him that many people don’t know, his acting side, which we’ll explore today. 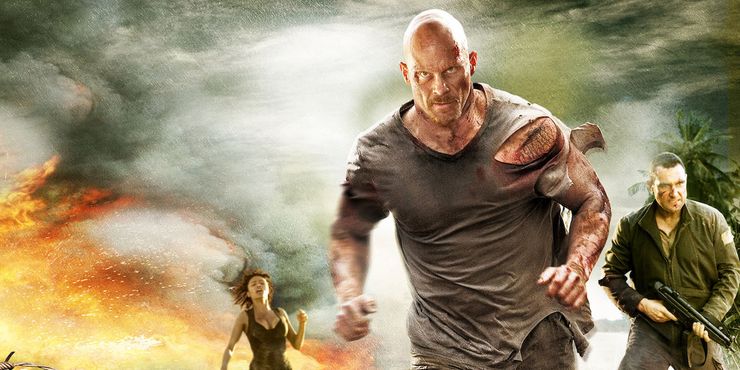 Most Stone Cold Steve Austin films are low-budget, direct-to-video Canadian productions in which he repeatedly takes on the same role or story: the real badass guy getting his revenge. With the exception of a few movies you see in this list, they are all cheesy yet entertaining in their own accretions. Plus, we’ve added the coordinates on where to find them if you want to check them out. Now, without further ado, let’s take a look at Stone Cold’s acting career.

The premise for this Stone Cold Steve Austin movie is a lot like… Squid Game! But for Squid Game. In it, our boy Steve is on his lucky criminal who goes to an island to defeat some other dangerous criminals in deadly matches. And the organizers all have a dark agenda. Moreover, in the same way as Squid Game, the organizers broadcast these deadly matches into the world.

In this film, we see Steve perform opposite former football player Vinnie Jones (you may remember him from Guy Ritchie’s crime film “Snatch”) from a script by Scott Wiper, who also directed the film. Finally, if you want to check out “The Condemned”, you can navigate to Hulu Plus, Tubi, and Plex. The film is also available for rent or purchase on Vudu, Google Play, Amazon Instant Video, and iTunes.