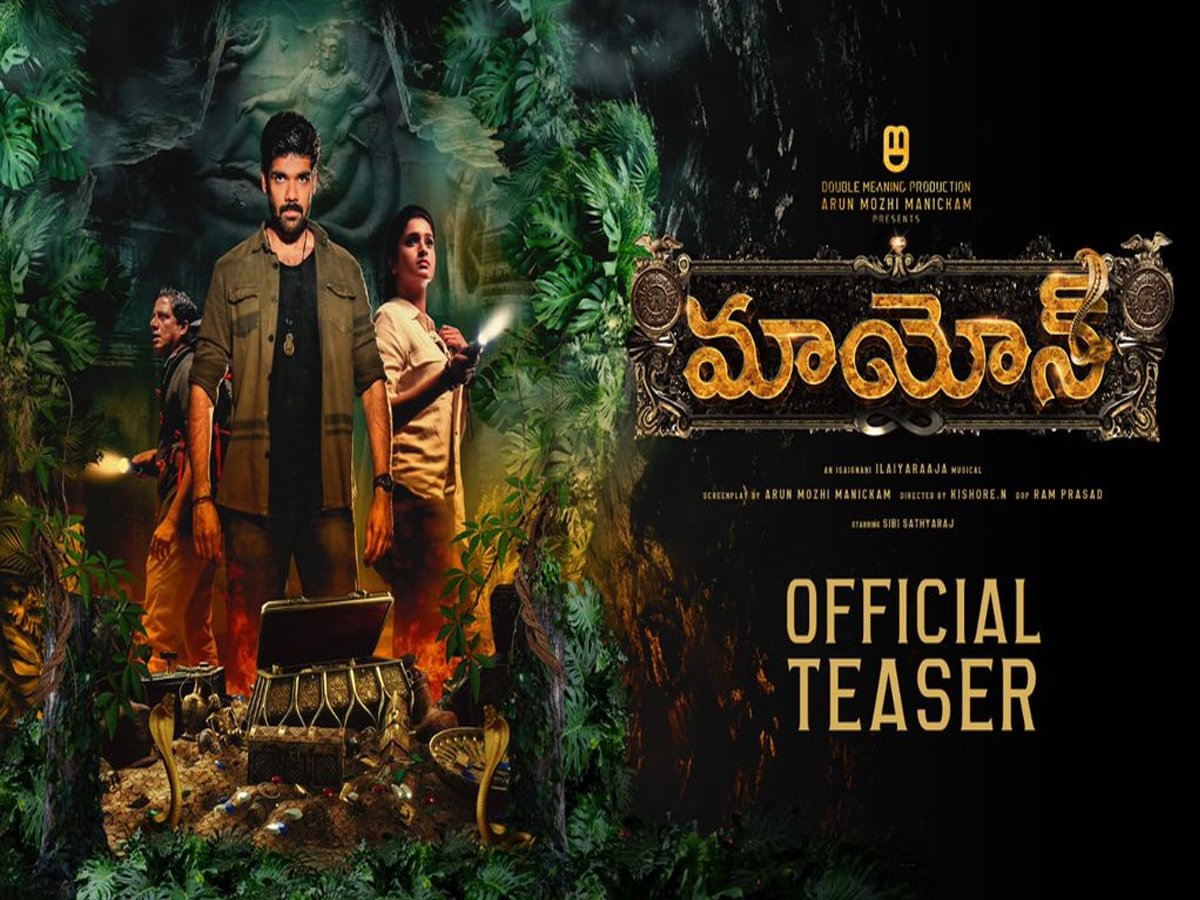 Sibi Sathyaraj’s Mayoon teaser was out a while back. The actor is the son of famous character artist Sathyaraj. The Tamil flick is also getting released in Telugu. Directed by Kishore N, the teaser with over 1 minute takes us in the mysterious world of a temple. Touted to be a fantasy thriller, we are shown a group of archaeologists who enter the temple.

Right from the opening shot, we are shown some mysterious elements spoken about and the glimpses that give out a dreaded and intriguing feel. What happens when the group of archaeologists, as part of their profession, enter the temple laced with unseen and hidden powers.

Ilaiyaraaja scores the music, and the BGM helps in building up a tense atmosphere. Bankrolled by Arun Mozhi. It also stars Tanya Ravichandran in the lead role.

Going by the teaser, it also gives a glimpse of good camerawork and the use of VFX shots. Other casts that include are Radha Ravi, K.S.Ravikumar, SA Chandrashekar, Bagavathi Perumal(Bucks), Hareesh Peradi, Arash Shah.