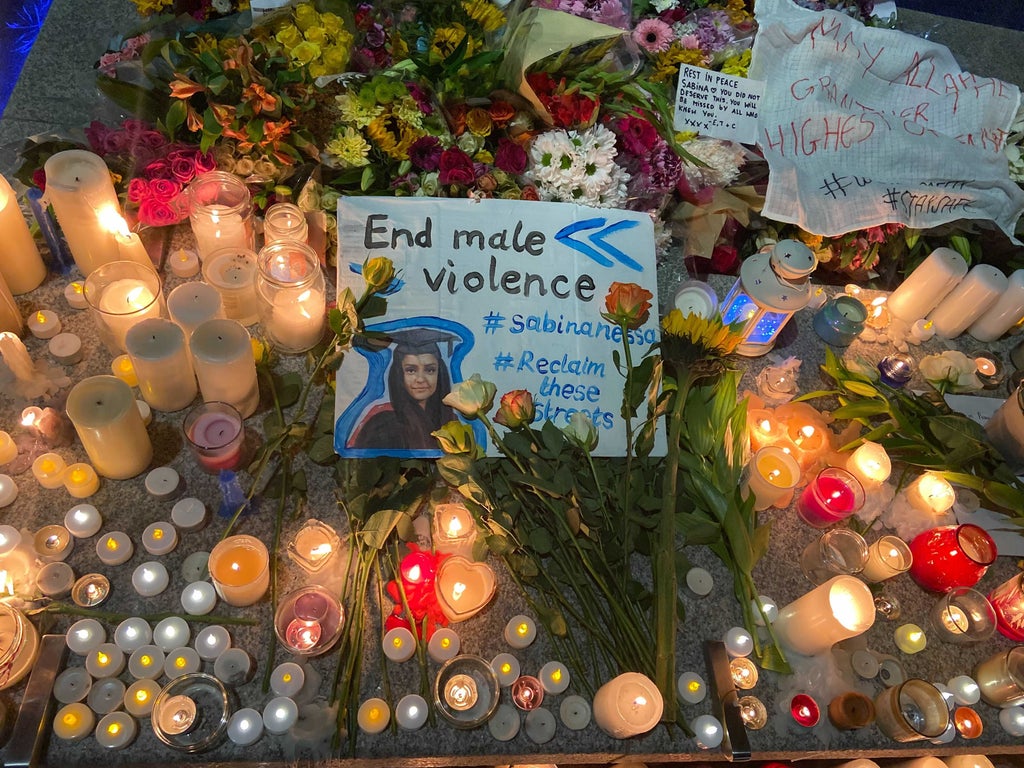 Last night, more than 500 people attended a vigil to pay their respects to Sabina Nessa, a teacher who was killed as she walked to a pub in south-east London.

Nessa was on her way to meet a friend and had been walking to a bar. The journey should have taken five minutes and Detective Chief Inspector Joe Garrity said the park was “likely being used by many people from dog walkers to joggers” at the time she was killed – at around 8.30pm.

People who couldn’t attend the Kidbrooke Vigil, where her body was found last Saturday, were encouraged to keep a candle near their homes.

Here are 10 photos and videos from the event:

Jebina Yasmin Islam, Sabina Nessa’s sister, broke down as she addressed crowds at the vigil.

She said: “I just want to say thank you to everyone who came today to show support for my sister.

“We have lost an amazing, caring, beautiful sister, who left this world far too early. Words cannot describe how we are feeling, this feels like we are stuck in a bad dream and can’t get out of it – our world is shattered, we are simply lost for words.

“No family should go through what we are going through.”

As did members of the public and journalists:

Moments before the vigil began, the Duchess of Cambridge said she was “saddened by the loss of another innocent young woman on our streets.”

“My thoughts are with Sabina’s family and friends, and all those who have been affected by this tragic event,” she tweeted.

As the vigil was taking place, a statement from Nessa’s uncle, Shahin Miah, said the family is “devastated and distraught”.

The statement, read out at a parallel event at the east London mosque, he said: “I appear before you with great sorrow. We have no language to speak in these difficult times. There is no place for suffering like this.

“Any adversity teaches us to be united, gives us the strength to fight against injustice. Sabina is our grief today, Sabina is our courage today.”

The police have appealed for information about the case and have released CCTV footage of a man they believe could be “vital” to their enquiries. Two more men were taken into custody and released for further investigation.