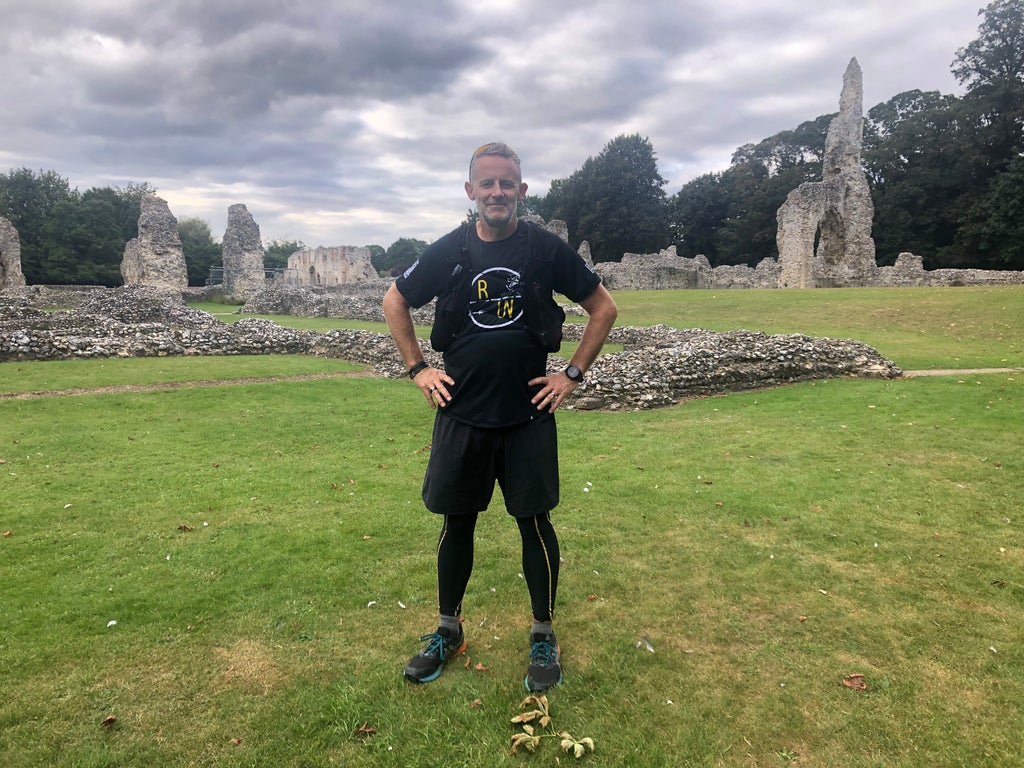 A runner who overcame suicidal thoughts is set to complete the last of 21 consecutive ultramarathons across England to raise money for a mental health charity.

Matt Bagwell will have run more than 1,050km (652miles) in just 26 days across every English county by the time he crosses the finish line at London’s Regents Park on Friday.

The 52-year-old quit his job as a director at an insurance company to tackle the journey, which began in Cornwall on September 5.

“I’m ready to stop, I don’t feel I need to turn into Forrest Gump any time soon, but (crossing the finish line) will be emotional,” Mr Bagwell told the PA news agency.

“This has been my life for two years in preparation, as we had to delay the start because of the pandemic.

“When I started this run, it was about me and my depression, and a couple of instances of me considering taking my own life.

“Actually, I think it’s time for us to also talk about the supporters of those people that helped them, or gave them a reason to stay.

“Sometimes, you need the family and friends around you to give you that reason… and the run was not about me it was about a team.”

Mr Bagwell said his run has seen him burn 84,000 calories, use seven pairs of running shoes and visit 26 cities and “countless” towns and villages – where he has stayed at a different hotel each night.

After he has completed his final ultramarathon, he will also be taking on the London Marathon on Sunday, and plans to take on more running challenges in the future.

Mr Bagwell’s efforts have so far raised over £40,000 in total for the Campaign Against Living Miserably (Calm) charity.

He hopes he will inspire others to use running to support their mental health and to reach out when they need help.

“You can call for help… you can call people like Mind or Calm or Papyrus, or the Samaritans – it’s okay to use those resources,” he said.

“If you’re concerned about someone else, these services aren’t there only to support people suffering, but also to support the supporters.

“And the other thing is find a running group… there’s plenty of non-judgmental, not fast, slow, conversational, mental health running groups – take that step and get outside and run with other people.”

On each leg of his journey, Mr Bagwell has been joined by a total of 87 fellow runners of varying experience levels – which he said provided “therapy” sessions for him and them.

“When you run (ultramarathons) with somebody, you really get to know to trust them… and you get a chance to really open up,” he said.

Mr Bagwell’s wife, Michelle Flynn, 46, said of her partner’s endeavour: “I’m more proud than I ever imagined I could be.

“The mental resilience that I have seen in him has gone above and beyond anything I ever expected.

“Matt says he’s in recovery from mental injury, and he works daily to keep himself in a positive way – so to put yourself in a situation where you’re going to be tested more than ever before has been a massive sacrifice.”

To donate to Mr Bagwell’s cause, you can go to justgiving.com/fundraising/runthecountryultra