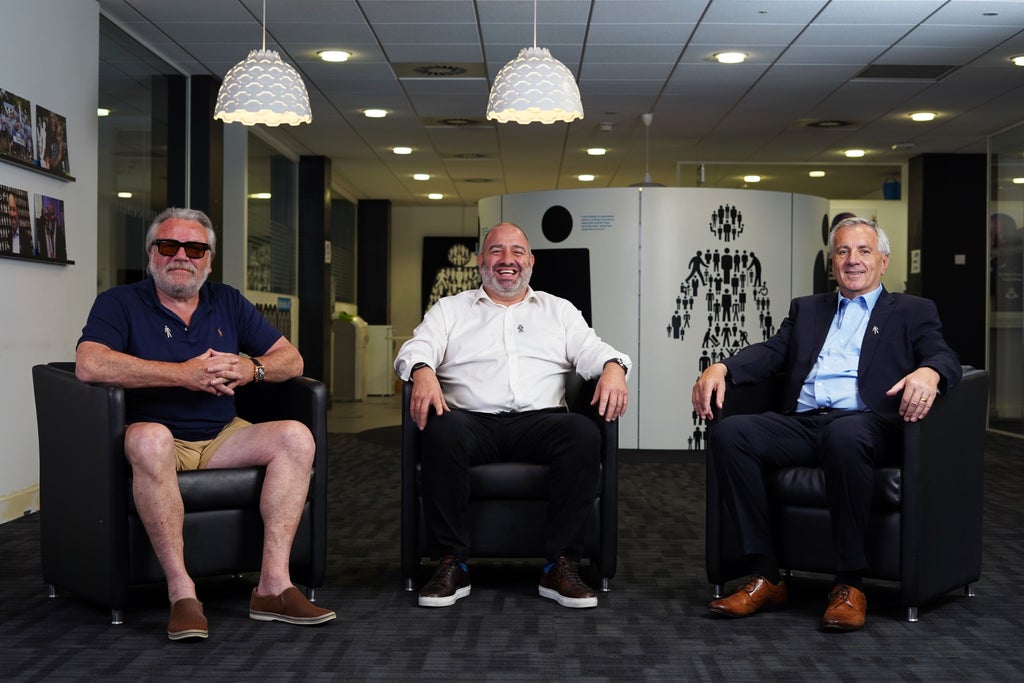 Hollywood actor Ray Winstone has highlighted the importance of men being tested for prostate cancer as he discusses the need to talk about the disease in a film with two close friends.

The Sit Down, his latest film, features him discussing male friendship with Gary Pettit (a city trader) and Peter Varney (a former chief executive at Charlton Athletic FC FC, who were both treated and successfully recovered from prostate cancer.

The three men made the film as part of Prostate Cancer UK’s “Men we are with you” campaign, to help raise the profile of the disease to men like them.

In the film, the star of Sexy Beast describes how he met Mr Pettit at a West Ham match and they “just hit it off”, while he has known Mr Varney for about 15 years.

He has a family history with cancer and was diagnosed at 43 with prostate cancer. His prostate was removed in 2013. In 2017, Mr Varney was diagnosed.

Winstone stated that he was more aware of the importance of testing after the experiences of his friends.

Speaking to the two men in the film, he said: “Through knowing you, I actually have a test every year now, a blood test, I haven’t had the other one yet, but the blood test comes back all right and then that’s fine to keep an eye on it, but it seems you have to catch it early.”

He added: “Purely through Gary, what happened to Gary, is that I have a full medical every year, and it ain’t just for me, it’s for my family as well and my kids.

“Because I want to see them grow up, I want to see my grandchildren grow up, and I ain’t finished yet, I’ve got a lot of things I want to do, hopefully I’ll get some of them done.”

The men discuss how difficult people find it to talk about prostate cancer with their friends and family, and how important it is to support those who have been diagnosed with the disease.

Mr Pettit said: “I think a big part for me is the talking about it, because there’s still all the stigma around it, no-one wants to say nothing.”

Mr Varney added: “There’s people you don’t expect to show concern and there’s people that come out of the woodwork and you think ‘how nice was that?’.

“Ex-players at Charlton that sent me little videos taken in the garden, they didn’t have to do that, but closer friends couldn’t even be bothered to send a text.”

The former Charlton chief executive said men are “particularly bad” at talking about such topics and blamed it on the “stiff upper lip and all that”.

Mr Winstone said: “We don’t talk about it, it’s to do with privacy and all that.”

He added: “I think it’s getting better, I think we’re getting a little bit, we’re sitting here now talking about it.”

Mr Winstone and Mr Pettit founded the sports player agency Integral Sports Management, and run the business together, with Mr Varney as chairman.

The film features them discussing the importance and value of their friendship.

Angela Culhane, chief executive of Prostate Cancer UK, said: “Our mantra is ‘Men, we are with you’ and this fantastic film perfectly illustrates that, via the power of friendship in the fight against prostate cancer.”

Watch The Sit Down at https://prostatecanceruk.org/thesitdown.