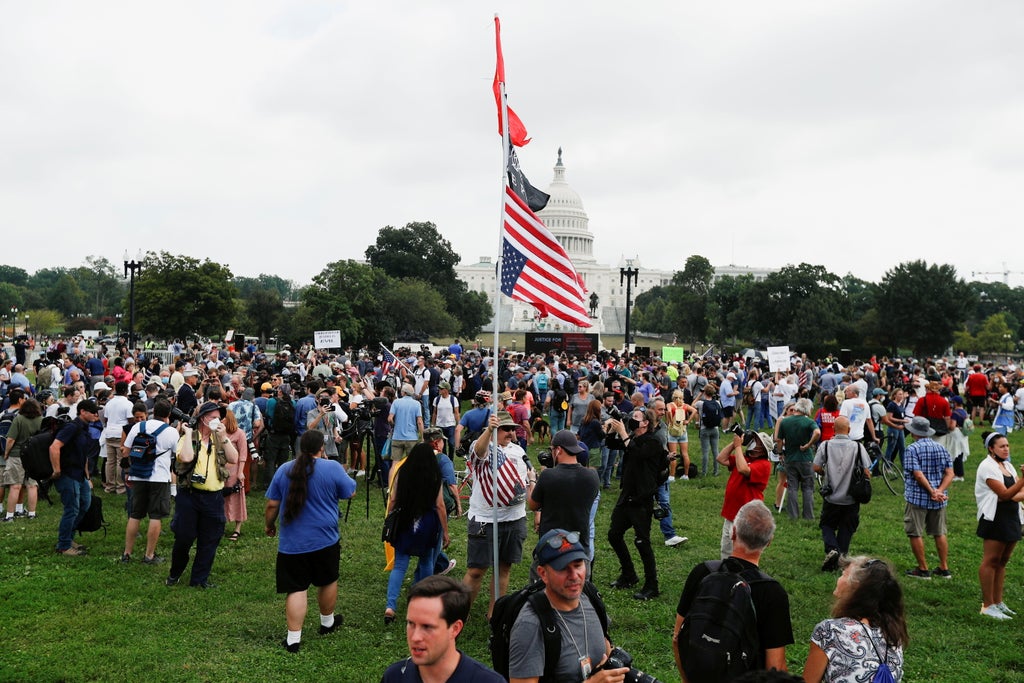 A rally held in Washington DC on Saturday to honour those being prosecuted for taking part in the shocking Capitol riot on 6th January has been mocked on social media as reporters and police officers easily outranked those in attendance.

It was a much more subdued scene in the US capital on Saturday compared to what happened on 6th January as the lacklustre ‘Justice for J6’ rally failed to bring in the crowds.

Washington Police said they expected around 700 to 1000 people to arrive, but images showed that that number was not nearly as high. The Trump supporters who were there seemed to pale in comparison with the number of journalists and law enforcement who were also present. According to local police, 400-450 people (including media) were present in the designated area on Saturday.

Even a counterprotest held one mile away didn’t draw enough people on what was a dull day in Washington DC. Even the Proud Boys were unable to bring their followers to the gathering.

The event, which was organised by ‘Look Ahead America’ which is run by former Trump campaign aid Matt Braynard, was to stand up for “patriotic Americans who have been forgotten by our government.”

However, according to Rolling Stone, a right-wing conspiracy spread online warning people that the event could be a ‘false flag’ and that the FBI was attempting to entrap people into committing acts of violence.

Of course, none of this happened but it still caught the attention of Trump who was presumably glad to see that a handful of his supporters had decided to show up anyway and continued to push theories that the 2020 election was rigged in a statement and the 6th January rioters.

The small number of people who attended the rally sparked much ridicule and mockery on Twitter.

In an odd turn, Donald Trump Jr. began to spread the entrapment conspiracy. He mocked people he believed to be undercover police officers.

Well, at least somebody dressed as Batman turned up.