A sovereign piper who worked side-by-side with the Queen says her compassionate and gracious ways helped him through one of the toughest times of his life.

Scott Methven, 47 years old, was a partner in Queen Elizabeth’s work for nearly four years. She refused to replace him while he went to visit his wife Morven who was dying.

The Queen regularly visited Methven after his wife was diagnosed in 2017 with terminal cancer and offered support.

“For me, it was just her humility as a person,” Methven told PEOPLE magazine. “Of course, she’s Her Majesty the Queen, but to me she was the person who probably got me through this all the way along.”

Methven carried out the important role of sovereign piper between 2015 to 2019 and would play a 15-minute tune under the Queen’s window every morning, wherever she was staying.

During the years before the tragic news, the former piper developed a sweet friendship with the monarchy, which often involved “one-liners” and “banter” between the two – with the Queen even joking about his 5’6″ height.

“She said, ‘Do you know that you’re the first piper to hold the post that I haven’t had to look up to?’ Then she walked off!” Methven revealed to PEOPLE.

But despite their humorous friendship, Methven was forced to change the dynamic as he told the Queen about his wife’s deteriorating health.

“My wife wasn’t feeling too great for the previous couple of months, and I persuaded her to speak to the Queen’s doctor,” says Methven.

“He got a blood test and the next day phoned an ambulance and she went into Aberdeen Royal Infirmary.”

Morven was devastated to learn that she had Stage 4 terminal breast cancer. She had only months to live.

“I just couldn’t believe it. I went back to the castle and the Queen’s equerry said ‘How’s Morven? Is everything OK?’ And I just said ‘No. She’s going to die,'” Methven told PEOPLE.

The former piper went on to say that he carried on as normal and decided to play the pipes for the Queen at the Castle that night, as he went into shock.

“Her Majesty says to me ‘No. You’re not playing. You’re going to go to the hospital right now and sit with your wife,” He said.

The doting husband immediately raced to be by Morven’s beside and left his 5-year-old son Fearghas and 12-year-old daughter Lily-Grace in the care of the royal family.

“Everybody looked after them,” He said. “The chefs had them in the kitchen making sausage rolls…. They were brilliant. They had them doing everything.

“My son Fearghas, who is the same age and gender as Prince George, would play jousting with me because they both loved to play with the toy tractor.

Due to his wife undergoing chemotherapy, Methven had to take more time away from his post which led the British Army to want to fill his position – but the Queen “refused”.

“[The Queen] said ‘I’ve got one Queen’s Piper. And the reason he isn’t here is that he’s away caring for his wife. So, you are not replacing him under any circumstances. He is not getting removed from his post because his wife is dying of cancer. That’s not happening.’

“To have someone of that position do that … she was just brilliant,” he adds.

Despite his position being secured and his wife’s heroic fight – Morven died in her husband’s arms in October 2018, having courageously fought cancer through two courses of chemotherapy.

Following the tragic news, the Queen sent her equerry to Morven’s funeral and asked him to provide a full report on the memorial to both her and the Duke of Edinburgh as soon as he returned to Windsor Castle.

Methven remained as a Pipe Major until February 2019, but decided to step away from serving the Queen to dedicate more time to his family.

“They were really, really caring. They were brilliant,” Methven spoke out about the royal family in his wife’s fight against cancer.

“When I went back down to Windsor, on my first day back [after the funeral] the Queen said, ‘I want to see you.’ So, I [jokingly] said, ‘Does this count as my return-to-work interview, Your Majesty?’

“She simply said that she was sorry, and it was then all about “How is the family now?” Do they have anything? All that kind of stuff. You care again. “Typical granny” 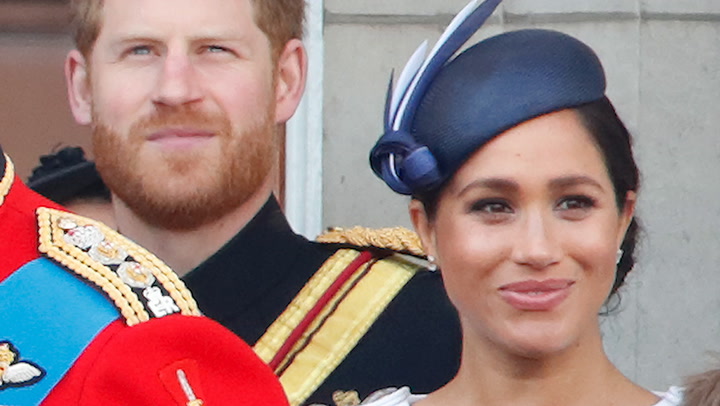 “I still get a wee message every now and then just to make sure that I’m okay,” he adds.

“So even now they’re still checking up on me and making sure I’m okay. It’s very endearing really.

“It was a very nice message that I received last Sunday. The Queen was amazing all the way through.”

Methven now teaches bagpipes at his house in Scotland and walks his son to school every morning.

For the latest breaking news and stories from across the globe from the Daily Star, sign up for our newsletter by clicking here.