Another addition to the ever-growing multilingual movies today is Pailwan starring Kichha Sudeep a Kannada actor. The movie was released in five languages Kannada, Telugu, Tamil, Malayalam and Hindi.

This sports action drama is directed by S.Krishna and is being produced  RRR Motion pictures banner by Swapna Krishna bankrolled by Zee Studios. The cast include kiccha Sudeep, Sunil Shetty and Askansha Singh in the lead roles. The music score and soundtracks were composed by Arjun janya.

The movie is centered on sudeep kiccha who is seen playing the role of pailwan Krishna a wrestler. 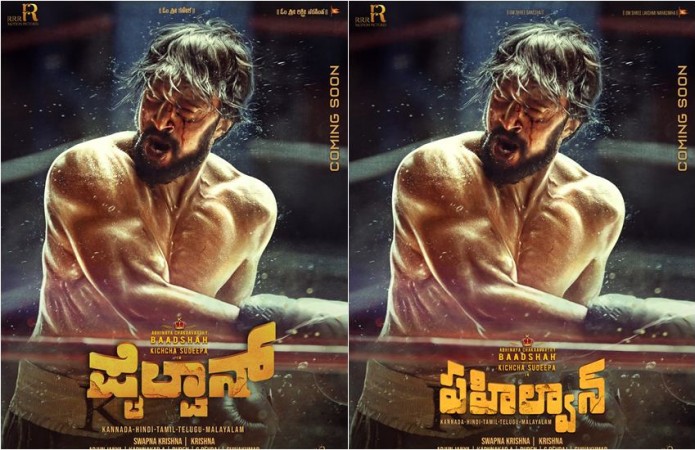 With the bombarding positive talk all around the film is expected to be a success in Kannada though we have to wait to get a Bollywood reaction.

The pos Goss is evidently having an effect on the advance bookings especially for the first and second shows. Occupancy has raised in many centers for the night shows not just for the day but the weekend too.

It seems to be all As on today’s report card for Pailwan with an estimated 10 crore opening in the Kannada language alone! The film did collect a large of lot of 2 crores on first day in Telugu states. The Hindi version of this South Indian flick has grossed 5 Crore on it’s first day. The Tamilnadu and Malayalam markets have given Pailwan a crore combined on its debut day. All accounted the first day collections are about 18 crore.

Though it’s all rainbows and sunshine on the first day for the 45 Crore budget Pailwaan. This may or may not continue in the coming days with flicks like DREAM GIRL, ARTICLE 375 getting ready to be released in Bollywood and Nani’s gang leader in the Telugu states tomorrow we can only wait and see how PailwaAn wrestles his way through the competition.