We can expect the OnePlus 10 Pro to be revealed in January, with co-founder Pete Lau having posted “see you in January” on Weibo, alongside a hashtag for the 10 Pro. That post was later re-shared by the OnePlus official Weibo account, effectively confirming that we’ll see a new OnePlus flagship phone a few months earlier than usual. 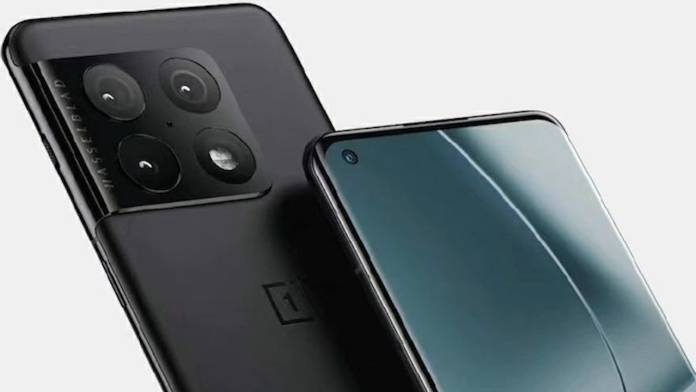 Does that mean you’ll be able to get a OnePlus 10 Pro next month? Well probably not, unless you’re in China,  as other leakers have it tipped to go on sale across the globe around March or April, after it first debuts in the company’s home country.

There’s no official word on the OnePlus 10, though given the company has been operating a one-two punch of a standard and Pro model for most iterations of its flagship phone since 2019, two OnePlus 10 models would seem likely.

Having said that, it wouldn’t be terrible if OnePlus just stuck with the Pro and went back to its roots of providing one flagship-grade phone for a price that undercuts other high-end handsets, in this case the iPhone 13 Pro, Google Pixel 6 Pro and likely the Samsung Galaxy S22.

And from the leaks to date, it looks like the OnePlus 10 Pro could be in with a fighting chance.

Design renders reportedly based on insider information show off a new camera module design that seemingly curves around the phone’s back not unlike the Contour Cut design on the Samsung Galaxy S21.

A quartet of rear cameras is set to fill the module, with a boost in sensors over the OnePlus 9 Pro seeming likely, as well as improved telephoto zooming. Expect the Hasselblad partnership that kicked off last year to be further explored when it comes to color and computational photography tuning.

It’s likely the display will come in at 6.7 inches with a QHD+ resolution and an adaptive 120Hz refresh rate to scale back the speed when it’s not needed and save on battery. Speaking of which, one rumor had the OnePlus 10 Pro pegged to get a 125W charging speed, almost double the 65 watts of the OnePlus 9 Pro; no word on battery size, though.

Under the hood we can expect Qualcomm’s Snapdragon 8 Gen 1 chip, 8GB or 12GB of RAM and up to 256GB of storage. The software is also set to get an overhaul, with OnePlus merging its Oxygen OS with sibling company Oppo’s Color OS. This should give the user interface put on top of Android the clean look of Oxygen OS but the features of Color OS.

If OnePlus can build on the excellent OnePlus 9 Pro, the 10 Pro could be a real contender for our best phones list early next year. With OnePlus set to have a presence at CES 2022, we can expect the OnePlus 10 Pro to be revealed there.