Samantha Akkineni starrer “Oh! Baby” has had an amazing weekend worldwide. The movie received a loving response from the audience all over. The film is directed by Nandini Reddy and was produced by Suresh Productions, Sunitha Tati, T.G.Vishwa Prasad, and Hyunwoo Thomas Kim. The film is an official remake of 2014 South Korean comedy-drama film, Miss Granny.

The film collected 4.50 Cr on the first day, on the second day it collected 4.60 Cr. On Sunday, it collected 5 cr approximately. And coming to Monday, the 4th day of the movie, the movie collected a total of 2.5 cr. This means the film is running with good occupancy even on a working day. 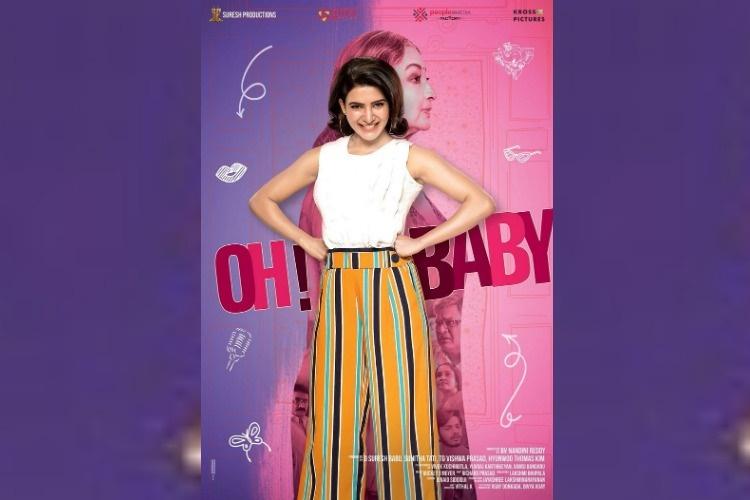 This is the second time Nandini Reddy and Samantha are collaborating. Earlier, they have collaborated for Jabardasth movie starring Samantha and Sidharth in 2013. The cinematography is done by Richard Prasad and Mickey J Meyer has given the music.

As we all know this a based on Miss Granny, the film is a story of ‘A 70-year-old woman turns into her 24-year-old self after being photographed in a studio.’ And considering the high expectations while remaking an already successful film, the makers did a pretty good job recreating the magic.

In case you are planning to watch the film, go ahead. The film stars Samantha Akkineni, Naga Shaurya, Lakshmi, Rajendra Prasad in the lead roles. And it’s going to be a fun and laughing experience for you and your family. Make sure you take your Mom and Grandma along with you if possible.

Actor Jonah Hill Gets Happiness In His Thirties