North Korea has fired a n “hypersonic missile” into the sea off its east coast, South Korea’s Joint Chiefs of Staff (JCS) said.

The missile was launched on Tuesday morning. U.S. and South Korean intelligence authorities are currently analysing all information available to determine further details.

Japanese Prime Minister Yoshihide Suga has claimed that it “could be a ballistic missile” – which is banned under United Nations sanctions due to the possibility of it being used to carry large nuclear warheads.

Pyongyang claims the missiles will help to strengthen its self-defence against the threats posed South Korea and the U.S. 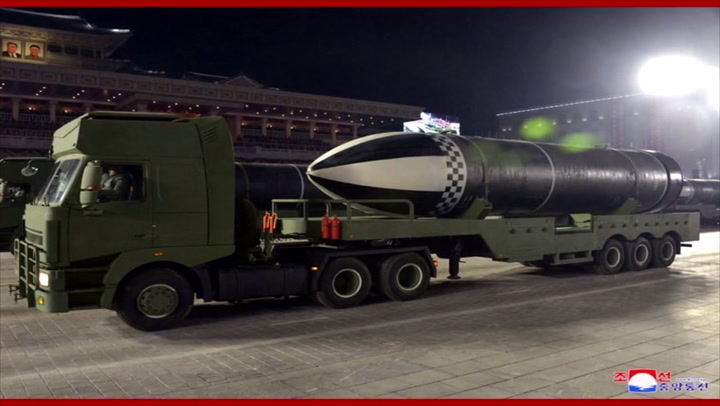 It has been reported that the launch could have been designed to test whether the South still classed it as a provocation, according to Yonhap news agency.

She even mentioned the possibility of a summit on conditions that Seoul drops its “double standards” and hostility against it.

High ranking security officials expressed their regret during an emergency meeting of the National Security Council.

Defence ministry spokesperson Boo Seung-chan also showed remorse and said the government is inspecting the launch and the North’s intention.

He rejected claims that Seoul didn’t call the launch a provocation to avoid angering the North.

The U.S. Indo-Pacific Command said that the launch “highlights the destabilizing impact of the DPRK’s illicit weapons program” despite it not posing an immediate threat to the U.S. or its allies.

Sources in Seoul said that the missile, which flew less than 200 kilometers at an altitude of around 60 km, demonstrated “different flight features from the missiles the North previously tested.”

“The missile could be something new, such as a hypersonic missile,” professor Kim Dong-yup of Kyungnam University’s Far East Institute said.

“HGVs follow a much flatter and lower trajectory compared with traditional ballistic missiles, it is hard to detect and intercept them.”

While the Biden administration said that it is open to talks with the North at any time and anywhere, the country continued to reject the attempts to engage in dialogue.

To stay up to date with all the latest news, make sure you sign up to one of our newsletters here .