My Brilliant Friend is a drama series based on Italian novelist Elena Ferrante’s Neapolitan Series. The show has already come out with two seasons. The second (an eight-episode series) is an adaptation of the second book, The Story of a New Name. For fans wondering if the series will return for a third installment, the answer is yes! The third season is an adaptation of the third book from Lenu and Lila’s story, Those Who Leave and Those Who Stay.

Should you watch this show? Would it be worth your time? Read more to find out!

The third season is likely to provide more context to Elena and Nino’s reunion, while also chronicling the events of Ferrante’s third book. The next book in the series “Those Who Leave and Those Who Stay” sees Lila now estranged from her husband and in the workforce, at a sausage factory, where she is dealing with frequent sexual harassment. While working, Lila is also studying computer science alongside another familiar face from their childhood, Enzo Scanno (Giovanni Buselli, Vincenzo Vaccaro), for whom she finds herself developing feelings. 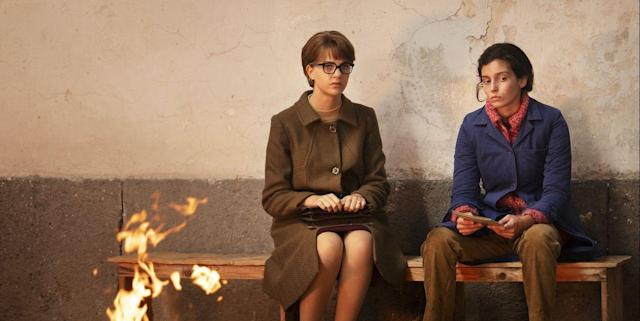 Meanwhile, Elena, after her marriage, becomes pregnant right away, despite wanting to wait until she’s written her second novel. Throughout the book, she struggles with balancing motherhood and her writing craft. Elena also faces her feelings for Nino, after running into him again after the time at the book talk.

Check out the official trailer here:

The third season of the RAI and HBO series “My Brilliant Friend” is ready to air in Italy and in the U.S. The high-end show is based on the third book in Elena Ferrante’s quadrilogy. This has been set for a 28th February debut on HBO and HBO Max. It will be eight-episode series.