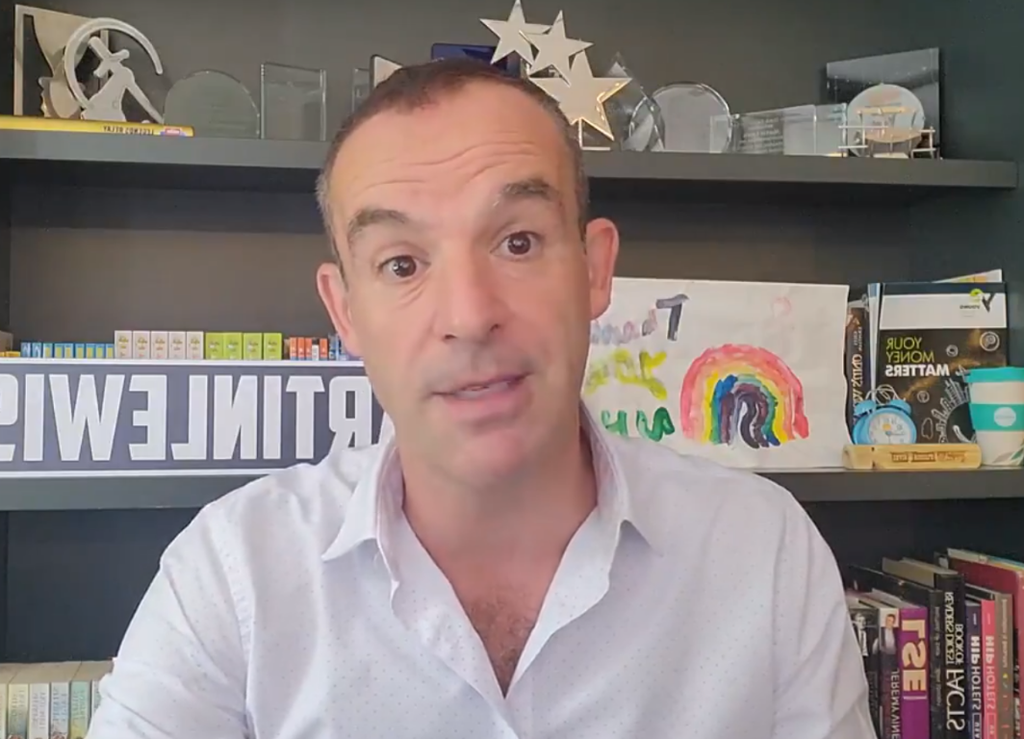 According to the Oil & Gas UK trade body, wholesale gas prices have rocketed 250 per cent since the start of the year — including a 70 per cent rise since August.

The gas market is hugely important to the UK’s energy supply because of its significance in heating, industry, and power generation. According to government figures, 22 million households have been connected to the gas grid. Brits face a harsh winter because of this.

Lewis explains why this is happening in the video. He said: “Energy bills have risen enormously to an unprecedented level, we’ve never seen anything like what’s happening right now.”

Several negative factors have come together to cause a rise in the wholesale prices energy firms have to pay. Compared to nearly 20 months ago, these gas prices have soared four times, and Lewis warned that that’s going to feed into domestic prices, and that the energy price cap would remain in place.

What does this all mean for you?

It means we shouldn’t be worrying about cutting bills right now, rather, we should be concerned with “damage limitation” to prevent paying a huge increase, Lewis said.

To put the crisis into perspective, Lewis stated that today’s lowest tariffs are 41% more than they were a year ago. Those coming off cheap fixed deals will particularly feel the brunt of the crisis, and will pay “substantially more” than they were before.

The price cap is also a key term you’ll hear on the news when the energy bills crisis is being discussed. This is the maximum Ofgem will allow suppliers to charge for default tariffs.

On 1st October, the cap will increase by 12 per cent to £1,277 — a rise of £139. This amount is based on an average household’s costs. Confusingly, the energy cap isn’t necessarily a cap on the price you pay, however. Rather, it’s a cap on rates, so the more units of energy you use, the more you’ll pay and vice versa.

The wholesale prices for the six months ending in August are used to calculate the price cap.

Lewis explained: “Prices were rising at that point, but nowhere near as extreme as they are right now, so all we’ve got factored into that price cap is the early part of the price rise, and that is pushing it up 12 per cent.

“At the current run-rate, when it moves again on the first of April next year you would expect to see the price cap for someone on typical usage to jump from the £1277 it will be from October to around £1500 a year or more, that’s the scale of rise that we’re seeing.”

For more information on how the energy price cap may affect you, visit Ofgem’s guide.

What can customers do to help?

Customers can take advantage of the fact that wholesale prices from the past are being considered right now, since the price cap will be set at a lower rate. However, some companies have been stung by this and have gone bust.

Lewis said customers have two choices; stick with your current supplier and “cross your fingers” things get cheaper before April and shop around after.

You can also lock yourself into a fixed-rate one or two year deal. He said these deals may be a little bit cheaper than the 1 October price cap, so if things continue to rise you’ll be locked in at a cheaper rate. These deals will not last, however, as people are likely to snap them up quickly.

“We are going to see people this winter choosing between heating and eating,” Lewis said.

“We already have the universal credit extra £20 uplifting disappearing, we have furlough disappearing, the self-employment grants are ending, inflation is at a high, this is a terrible time for people’s finances. And now we have this energy price rise.”

People can also check if they’re entitled to the Warm Home Discount scheme, which is a £140 lump sum. Lewis points out that this scheme hasn’t kept pace with the price of energy as it’s been the same amount for nine years, and the cheapest deals have now gone up by 40 per cent in just a year.

He also advised talking directly to your energy supplier if you’re struggling as they may be able to offer grants and support.

Customers can also compare energy deals on his website, moneysavingexpert.com.

People were quick to praise Lewis for his intelligence and urge others to take heed of his advice.