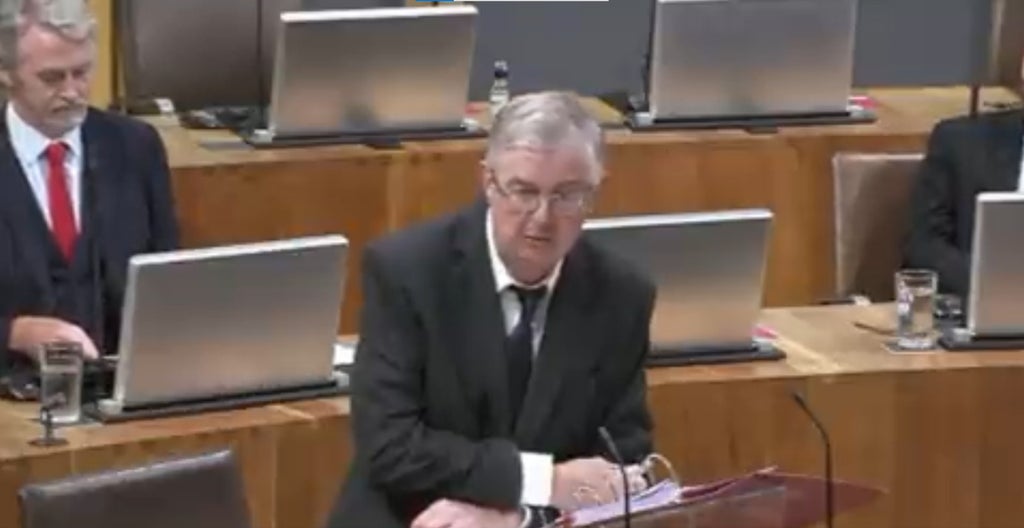 A leading politician has slammed the Conservatives over the HGV lorry driver shortage and claimed that Brexit has played a large role in it.

Speaking at the Welsh parliament on Tuesday, Mark Drakeford, the first minister of Wales, blamed Britain’s exit from the bloc for the shortage in drivers – which has led to supply chain problems and prompted chaos at petrol stations – and mocked the government for saying otherwise.

He said: “It’s hard to imagine a government that has made a more derisory attempt to solve a problem of their own creation.

“Of course we are short of HGV drivers because your government took us out of the European Union where we were supplied by drivers.”

It comes after groups including the Road Haulage Association (RHA) have said that Brexit has contributed to a shortage of some 100,000 drivers needed to transport goods, by creating stricter immigration rules stopping people from working in the country. They also claim that Coronavirus has been a contributing factor because people had to be isolated during the pandemic, and there is a backlog waiting to take driving tests. This was impossible to do during various lockdowns.

As a result, supermarkets and food-chains have faced disruption in the last few months and now concerns of fuel shortages has prompted people to panic-buy petrol, despite the government urging them not to do so.

Boris Johnson and his Cabinet announced a move last week to allow 5,000 foreign HGV drivers to temporarily move to the UK in order to try to tackle the UK’s mounting supply chain issues.

But Drakeford criticised Number 10 for its temporary visa scheme, calling it “derisory” and saying it “won’t work”.

After he was heckled, Drakeford added: “I know it suits members of the Conservative Party to cover the lack of their arguments just by making a noise but obviously it doesn’t wash.”

He continued: “When we were in a single market and customs union people were able to move freely across the continent of Europe and to do jobs here in this country. Those people are no longer available to us.

“The idea that people are going to be willing to uproot themselves and come back and work in this country for a matter of weeks only to be told by the UK government they will be discarded again on Christmas Eve when they no longer have any use for them… the arrogance of it is breathtaking but it just isn’t going to work.”