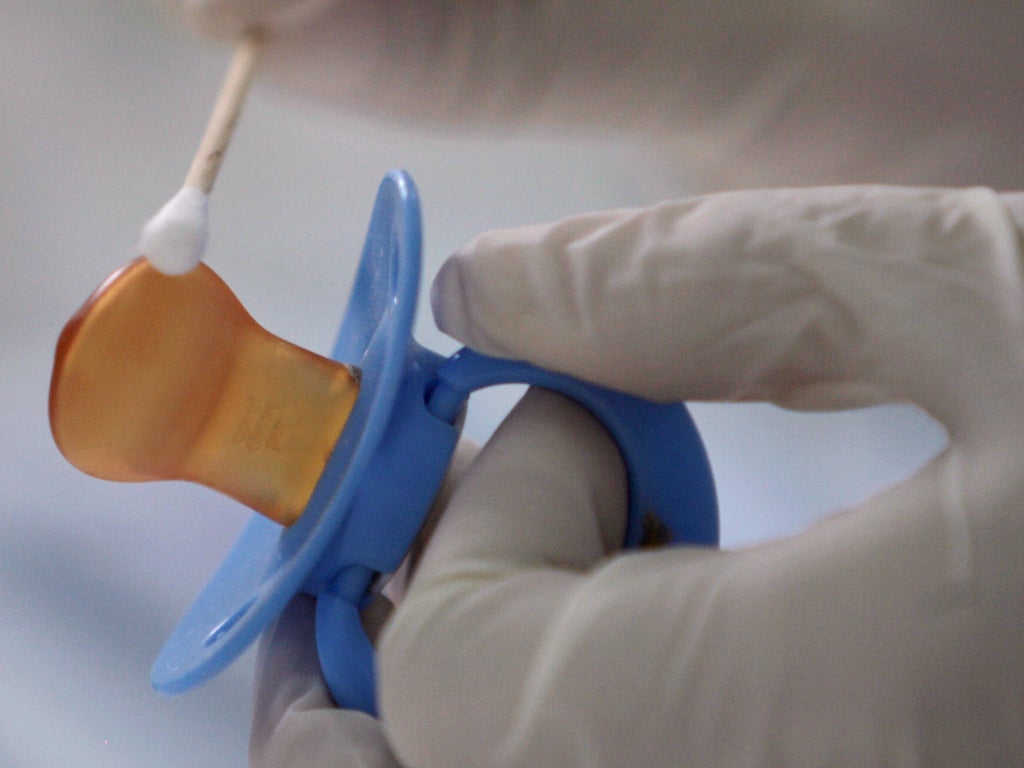 While it’s unsurprisingly common for in-laws to fret over their son’s new partner, some just don’t know when to stop – the phrase “no one is good enough for your son” comes to mind.

For one Redditor, his parents’ committed a stunning form of betrayal after they pulled a Maury-style DNA test on their grandson to confirm the baby was, in fact, his.

Subsequently, the man and his wife of two years cut his parents out of their lives, and he has now turned to Reddit for much-needed reassurance that he did not overreact by doing so.

The man told his parents how he met Sonya at a restaurant where she was a waitress. Instantly, his parents disapproved as they believed she was “using [him] to achieve her American dream.” Naturally, the man was offended by their assumption and slammed his parents for being “racist.”

Circumstances worsened after the pair were due to wed when he turned to his parents for their blessing – to which they declined. “Because of this, we decided to elope and only invited my brother and Sonya’s best friends to be our witnesses”He wrote.

Two years on, the happy couple welcomed their first child, Garreth, which prompted the parents to reach out in hopes of being a part of their grandson’s life. “My kindhearted wife didn’t think twice to welcome my parents into our lives,” Reddit user stated. “She let them meet our baby two days after being discharged from the hospital.”

The relationship between the foursome appeared to be heading in a progressive direction – that was until the Reddit user overheard his mom say to his son, “Aren’t you the cutest baby ever? I am so glad to confirm you are indeed my grandson.”

After a back and forth between the pair, his mom finally caved and told him the truth. Baby Garreth DNA was tested to confirm their biological relationship.

“I was speechless for a moment, and before I blew up from anger,” he wrote, “I told dad to give me my son and they better leave before I lose whatever respect I had left for them.

“My mom was very apologetic and said it’s because they don’t trust my wife and that our son looks nothing like me.”

It wasn’t until two weeks later when the Redditor finally told his wife about the incident after she was questioning why his parents hadn’t been visiting. “She started crying and it broke my heart”He agreed, particularly after she tried to get their approval.

The pair collectively decided to no longer let his parents into the child’s life. “When mom called to ask when they can visit again, I told them they are no longer welcome in our son’s life. Mom called my dad and I told him the same thing”He said so.

“He was livid, he called me ungrateful and cruel.

“He also said a few choice words about my wife which angered me more. I didn’t even hear the rest because I just hung up.”

Fellow Reddit users flocked to the thread to jump to the man’s defence.

“This right here, I don’t even know why it’s up for debate.” One wrote. “Literally a no brainer. Like who they f**k are they to go behind your back and do that and still have the fkn audacity to bad mouth OP’s wife. I’m so mad and I don’t even know these people!”

Another sent out a clear message to those saying he shouldn’t deprive the child of a relationship with his grandparents. “They are openly racist towards his wife/ the mother of this child. They will make remarks about that, they will make him feel bad about his heritage and will talk badly about his mother even when he is there. Don’t let them into your life, stay your ground.”