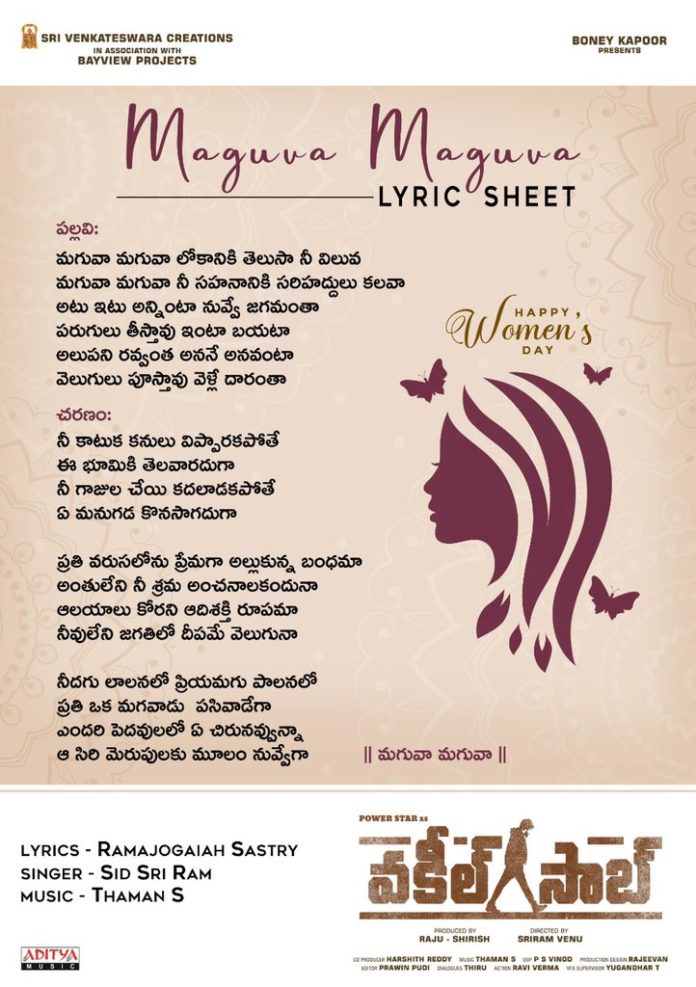 By the looks of it, Maguva Maguva song is currently trending across the country, especially the southern states of India for quite some time now. The song is the first single which is comes from the forthcoming film curated by Pawan Kalyan, namely Vakeel Saab.

The song is all set to release across the country on the occasion of International Women’s Day. Moreover, Maguva Maguva will release on March 8 at 10 AM. S. Thaman has curated the music for the film whereas Sid Sriram has sung the melodious track. The song will release on the official YouTube channel of Aditya Music.

What is Maguva Maguva about?

The song has been curated keeping the essence of womanhood in mind. In addition to this, it is also dedicated to the celebration of womanhood across the country.

The full lyrics of the song will be uploaded the moment the song is released across the country. However, readers can read a few lines of the song here: 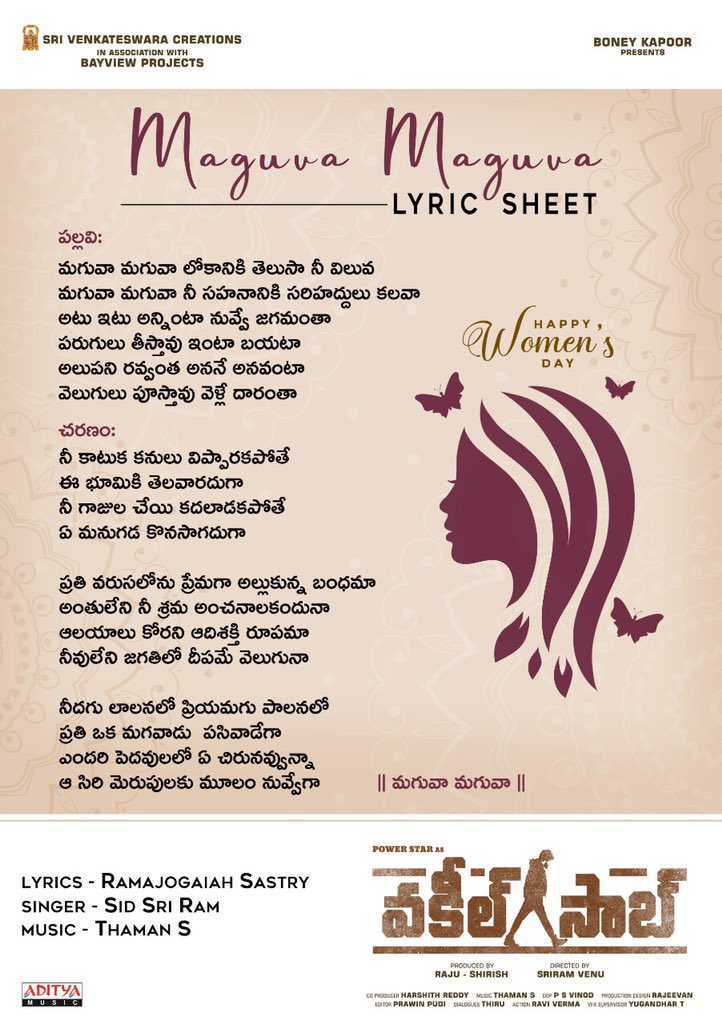 Where to see and download the full video of Maguva Maguva?

The complete song of Maguva Maguva is going to be released very soon.

On the other hand, Vakeel Saab is a remake and adaption of the hit Bollywood film Pink which featured Amitabh Bachchan alongside Tapsee Pannu in notable roles.

Sriram Venu helms the role of the director of the film, whereas Shirish and Dil Raju have collectively produced the film under the banner, Sri Venkateswara Creations. Additionally, the film has been produced in association with the notable Bayview Projects. Vakeel Saab is all set to release in May 2020.