In the past few years, the musical icon biopic—a distinct sub-genre of films, has come into vogue. Bohemian Rhapsody, about Queen’s Freddy Mercury, and Rocketman, about Elton John, are two notable examples. Now, a much-anticipated Whitney Houston movie is coming soon.

I wanna dance with somebody: Plot and Cast!

Houston’s estate is producing “I Wanna Dance With Somebody” in collaboration. This allows the filmmakers to reproduce all of Houston’s hit songs. An all-star team is behind the picture. This includes producers Clive Davis, a music industry legend, and Pat Houston, Whitney’s sister-in-law and former manager.

Naomi Ackie will play Whitney Houston. The BAFTA winner is best known for her roles in Netflix’s The End of the F***ing World and Star Wars: The Rise of Skywalker. 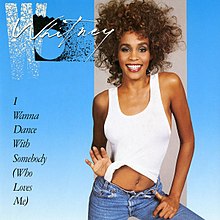 It’s tough to overstate how important Whitney Houston was to a generation of music lovers in the ’80s and ’90s. She exploded onto the scene in 1985 and became one of the best-selling artists of all time. This is all thanks to her astounding vocal range, wide-spanning appeal, and her ability to pull listeners in due to the emotions in her performances.

If you listened to the radio during that era, her music was truly inescapable – but no matter how much airplay her songs got, the power of her music was undeniable.

I Wanna Dance With Somebody: Trailer & Release Date!

Although the trailer has not come out yet, check out the original music video here:

I Wanna Dance With Somebody” has not published the official release date. However, there is a rumor that it might aim for Thanksgiving 2022 release.