In 2022, Adam Sandler is getting serious with the premiere of the inspirational sports drama Hustle. Moreover, Netflix’s sports drama about basketball looks super promising and interesting. Adam Sandler and LeBron James produced the flick.

Are you excited? Cause, we are!

The synopsis of the movie reads, “After discovering a once-in-a-lifetime player with a rocky past abroad, a down on his luck basketball scout (Adam Sandler) takes it upon himself to bring the phenomenon to the States without his team’s approval. Moreover, against the odds, they have one final shot to prove they have what it takes to make it in the NBA.”

Behind the camera, Hustle is a team-up between two very different worlds: sports video games and Oscar contenders. The drama is co-written by Will Fetters, one of the scribes behind A Star Is Born, and Taylor Materne, who penned NBA 2K19 and 2K20. Filmmaker Jeremiah Zagar directs with Adam Sandler producing as part of Happy Madison’s overall deal with Netflix alongside producer LeBron James. 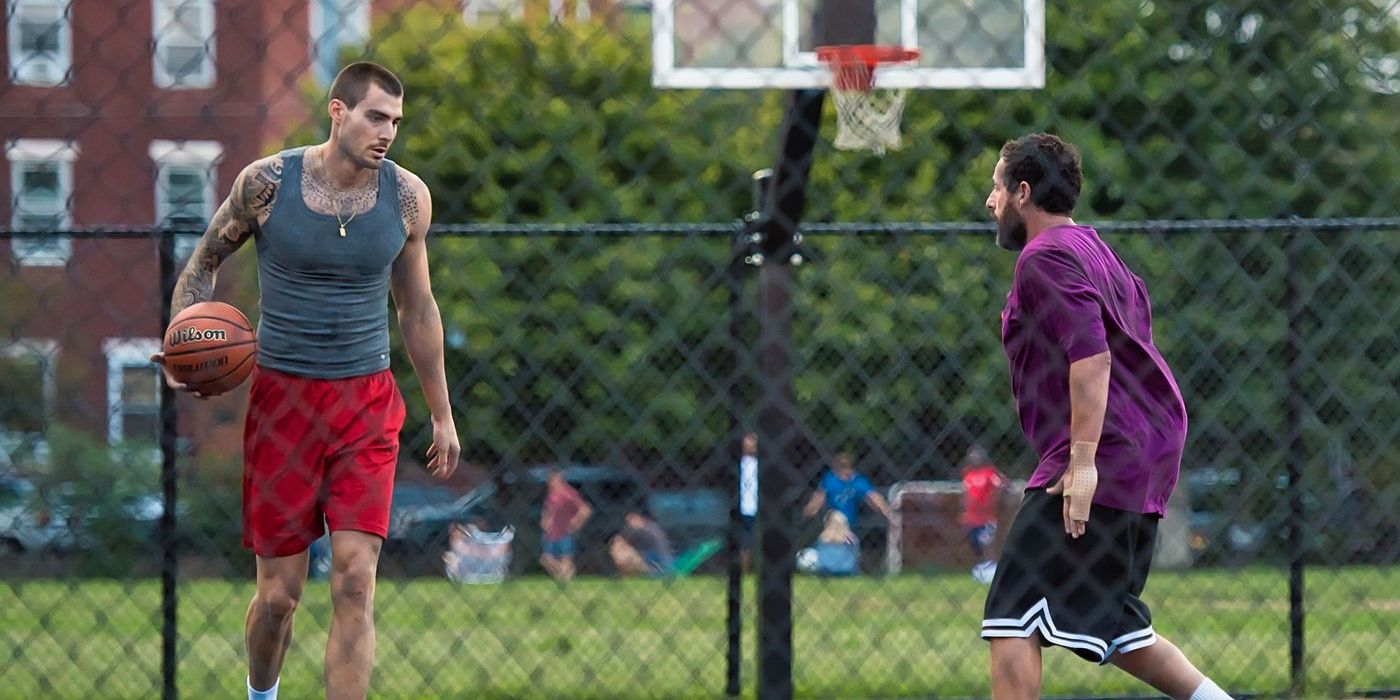 Hustle might be a sports drama, but it still has some room for romance. We can see Sandler and Queen Latifah as an on-screen married couple.

Check the teaser of Hustle here:

Keep reading to learn the Hustle general deal, from its star-studded cast to release date — and even see Sandler and co-star Queen Latifah take a romantic stroll in character.

Hustle will arrive on Netflix on June 10.