Keep the change, you filthy animal. If you want to know where to watch Home Alone online for free, you’ve come to the right place.

Home Alone premiered in 1990 and starred Macaulay Culkin as Kevin McAllister, an 8-year-old boy who defends his Chicago home from burglars after his family accidentally leaves him behind on their Christmas vacation to Paris. The movie, written by John Hughes (the same writer as The Breakfast Club and Ferris Bueller’s Day Off), was a success at the box office, with $476.7 million grossed worldwide. The film was also the highest-grossing live-action comedy until the release of The Hangover Part II in 2011—also made Culkin an overnight star and earned him a Golden Globe nomination for Best Actor in a Motion Picture, Musical or Comedy.

Two years after the release of Home Alone, a sequel, Home Alone 2: Lost in New York, premiered in 1992. The sequel saw Culkin reprise his role as Kevin, as he’s separated from his family on a Christmas vacation to New York City. The movie grossed more than $359 million worldwide. It led to several spinoffs without Culkin, including Home Alone 3, Home Alone: Holiday Heist, and Disney Plus’ original TV series, Home Sweet Home Alone.

In an interview on The Ellen DeGeneres Show in 2018, Culkin revealed that he doesn’t often watch the Home Alone movies. “I don’t watch them all that often,” he said. “It’s background radiation at Christmastime. But, on the other hand, I’ve had people who want to sit down and watch it with me, which is both flattering and creepy.” While Culkin doesn’t watch Home Alone around the holidays, the same can’t be said for millions of fans worldwide. Read on for where to watch Home Alone and Home Alone 2 online for free and how to stream the holiday classic this season (or any time of year, really.) 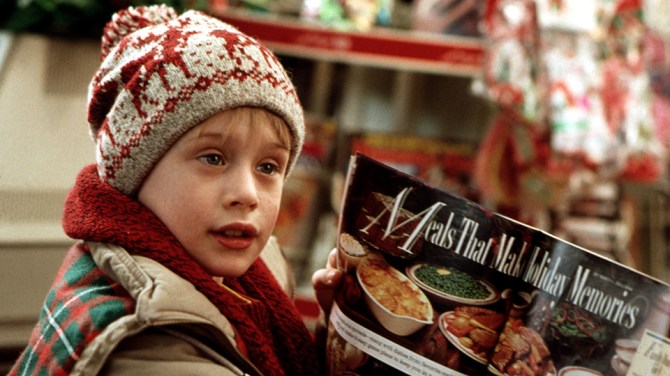 Verizon customers with Get More Unlimited and Play More Unlimited plans are also eligible for their Disney Bundle, which offers not only a free Disney Plus subscription for as long as you have your Verizon plan, but also free Hulu and ESPN+ subscriptions too, which saves viewers about $12.99 per month. Click here for Verizon’s FAQ on how to sign up for its Disney Bundle. So there you have it—away to watch Disney Plus for free.

Who’s in the Home Alone cast?

Home Alone cast included Macualay Culkin, who was ten years old at the time, as the lead role of Kevin. Joe Pesci and Daniel Stern star as the villains of Home Alone, Harry, and Marv. See the entire Home Alone cast below.

Who’s in the Home Alone 2 cast?

Home Alone and Home Alone 2 are available to stream on Disney Plus.