What is the show about? Is it worth watching? When is the show releasing? Let us find out about Holly Hobbie Season 3: Official Release Date, Cast, and Latest Updates!

Holly Hobbie is a children’s TV series based on the media franchise of the same name. The series is produced by Aircraft Pictures, in association with Cloudco Entertainment and Wexworks Media. It marks the first time Cloudco has made a live-action series based on one of its properties.

The answer is Yes! The series has been renewed for a third season, and we will soon be having another season of the show. So stay tuned for the latest updates! 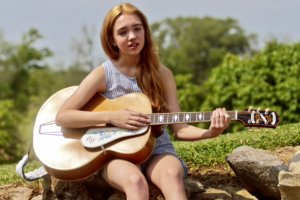 The wait is finally over! Here is good news for all of you. Season 3 premieres on 23 November 2021 only on Hulu. Save the date!

We will have Ruby Jay as Holly Hobbie, Evan Buliung as Robert, and Erin Karpluk as Katherine. Also, we will be having Charles Vandervaart as Robbie, Kate Moyer as Heather, and Sara Botsford as Helen. Also, Hunter Dillon as Tyler Flaherty, Saara Chaudry as Amy, Kamaia Fairburn as Piper, and many others will be there on the show too.