Inventing Anna is based on a true story; the story of Anna Delvey – real name Anna Sorokin – who managed to trick some of New York’s wealthiest socialites into believing she was a billionaire heiress. In May 2020, Anna was sentenced to a minimum of four years in prison following a month-long trial. According to Buzzfeed News, at her sentencing, the judge said she was “stunned by the depth of the defendant’s deception” and that Anna had been “blinded by the glitter and glamor of New York City”. 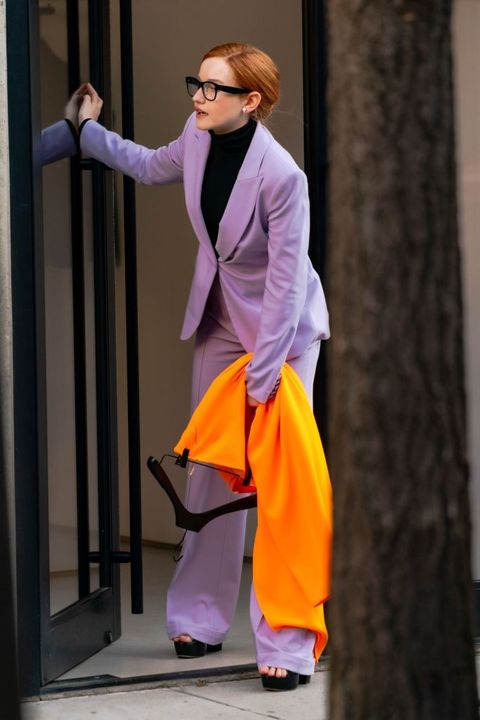 Should You watch this show? What to expect? Is it worth the time? Read more to find out!

Ozark and Modern Love actress Julia Garner has landed the role of Anna and will be joining the likes of Veep’s Anna Chlumsky, Orange Is The New Black’s Laverne Cox, Scandal’s Katie Lowes, and The Bold Type’s Alexis Floyd.

Pretending she had access to a $60 million trust fund, she managed to hire a private jet, went to the most exclusive parties, and lived out of a luxury New York hotel. In reality, Anna had no trust fund and she was eventually caught out over her tangled web of lies.

Creator of Grey’s Anatomy, Scandal, and Bridgerton, Shonda Rhimes, is writing the project. Here’s what else you need to know about Inventing Anna.

Netflix has been hard at work keeping us all on our toes for the upcoming season. But back in October, the streaming giant did treat us to a few Inventing Anna teaser pics.

After making us wait for what seemed like forever, Netflix finally released the first teaser trailer for Inventing Anna on 22 November.

Along with sharing the first teaser trailer, the streaming giant also announced the release date. Inventing Anna will premiere on Netflix, next year on 11 February.