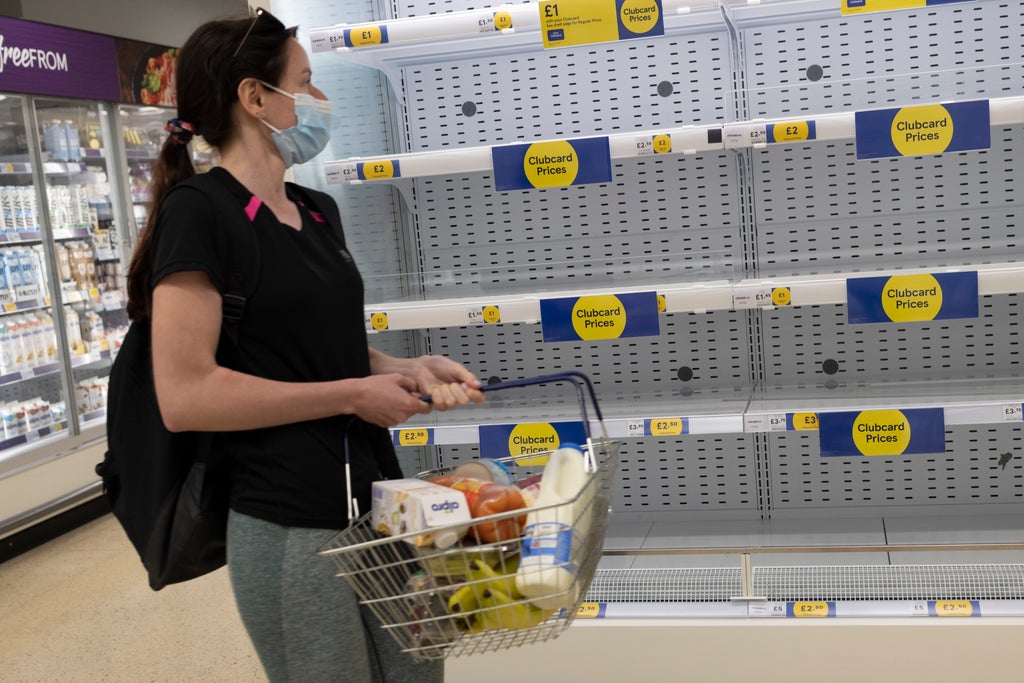 “Get Brexit done”, Boris Johnson spluttered over the course of his 2019 election campaign, three years after the country marginally voted to leave the EU.

Two years later, and five decades after the first referendum, we still see the consequences of the policy. Brexit, we’re afraid, is by no means “done”.

For example, take this week. Only five times has the earth revolved around its sun and Brexit has created chaos for businesses, causing chaos due to lorry drivers shortages and business disruptions due to poor trade deals. Even the international media are mocking us.

Here are all the embarrassing Brexit moments that have happened just this week alone:

Despite industry bodies saying the complete opposite, Shapps took to Sky News on Friday morning to claim that Brexit has helped plug a shortage of almost 100,000 drivers because it has enabled the government to process a change in the way tests will operate – which have also incidentally been slammed for being potentially dangerous for road safety.

Road Haulage Association (RHA), claims that Brexit has forced drivers out of the country, and has created bureaucracy which slows down the flow of goods into the country. Thank you, Shapps.

Priti Patel’s new asylum plan stigmatises those seeking asylum in the UK as “unworthy and unwelcome” and creates a two-tier system that would be in violation of international law, the UN Refugee Agency has said.

The bill would criminalise asylum-seekers who enter the UK without permission meaning they could spend four years in prison but human rights groups and bodies have slammed Patel’s vision for post-Brexit Britain.

No worries, Boris Johnson, it’s not like international diplomacy and good relations is in any way useful for the UK.

US trade deal comments come back to haunt Brexiteers

Comments made about the ease with which Britain would secure a trade deal with the US after Brexit have come back to bite Brexiteers after Biden and Johnson failed to create meaningful deals during talks in the US this week.

A video showed just how much Johnson’s messaging about the potential deal has gone from enthusiastic to flat in the last few years, while a clip of Raab saying that there could even have been a deal made before the 2020 presidential election is also doing the rounds.

Petrol shortages cause stations to close

Just as Brexit came for supermarkets and high street restaurants, it has now caused a “handful” of BP stations, and a small number of Esso-owned Tesco Alliance stations to close because of a lack of lorry drivers to deliver supplies of petrol. Oh, dear.

Shapps spoke to BBC and said that the government could call in the army to assist if necessary, but encouraged motorists to keep driving as usual.

“What we’re looking at is a winter of discontent,” He said.

“Why haven’t you invested in further education? Where are the night schools?

“Of course we need to get on with the visas so that these people can come in and it’s not just HGV drivers it’s fruit pickers, it’s caterers, it’s people in concert halls. Right across this country, there are shortages. You promised that immigration would come down and you know that it needs to go up if we’re to deal with these problems.”

A wholesale market worker in Manchester gave Remainers a chuckle when she sarcastically slammed Brexit for causing inflation.

The clip did the round on social media as people praised her for her sassiness.

A Brexiteer’s assertion that Britain will not be “plunged into a Mad Max-style world borrowed from dystopian fiction” after Brexit has resurfaced due to the petrol shortages and other issues we have seen this week.

David Davis made these remarks while he was Brexit secretary, in a speech to Vienna business leaders.

A Turkey farmer has not minced his words. Paul Kelly, a Byline TV producer, said that Brexit was responsible for problems with labor supply. He also warned that these problems would get worse during the busy holiday season.

“The reason we’re having all these issues is entirely because of Brexit and nothing else,” He said.

“The people that we used to have coming into the country to pluck and pack our turkeys, they’re no longer allowed in.

“Come Christmas, the workload doubles if not trebles and the people aren’t there.”

He said that he had to dispose of produce because there weren’t enough workers to process it.

“It’s an absolute nightmare,” He stated. “There will be a car crash come Christmas”.

Concerns have been raised that that EU citizens living in the UK may not be allowed to board flights into the country because of confusing new ID rules.

EU citizens without the right to reside in the UK after Brexit will no longer be able use their national ID cards from the EU, EEA, or Swiss to enter the country. Brussels fears that airlines may not be able distinguish between permanent residents and EU citizens at the boarding gate.

How can everyone enjoy our sovereignty?