England is the winner of ICC cricket world cup 2019 by defeating New Zealand in super over and England cricket team is the winner of ICC cricket world cup for the first time in history. The winner was decided by super over in the final match of ICC world cup 2019. Both teams scored 241 in their 50 over batting. After that super over which was played between both teams which are of 1 over (6 balls). In super over both team again scored 15 runs so according to rule winner is decided by which team has more boundary in the match including super over, and that team was England so they are the winner. 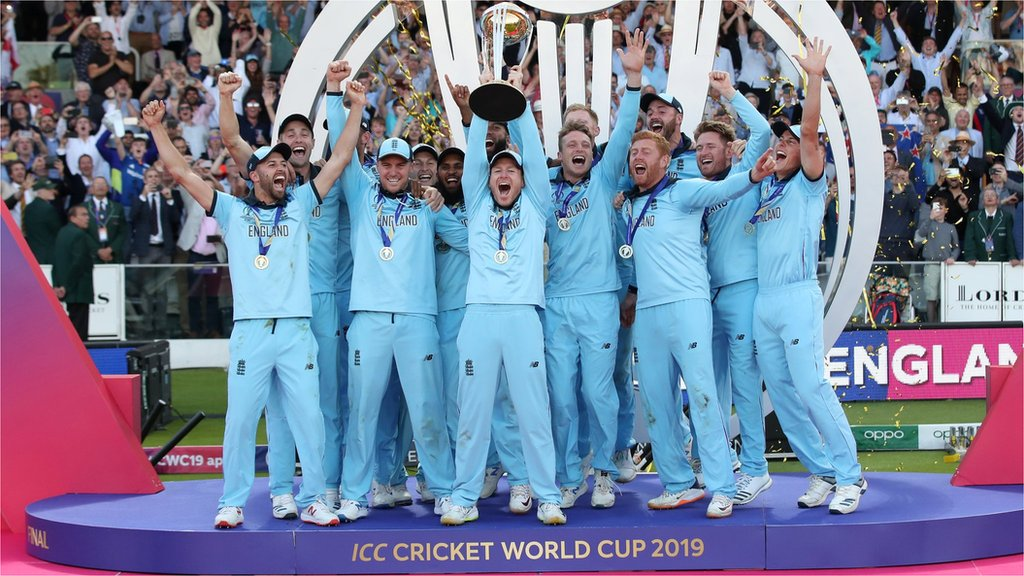 England was playing the fourth-time final in the world cup. In the previous three-game, he lost his final match but this time players are in a different mood. They are here to win the game and the world cup title. From England side, Ben Stokes scored 84* in 98 balls and support team to reach to the total score 241 in 50 overs and From New Zealand side Henry Nicholls scored highest runs 55 off 77 balls.

In super over from England side who batted first and from them Ben Stokes 8*(3) and Jos Buttler 7*(3)  makes a total of 15 runs in 1 over. From New Zealand side who got a target of 16 runs in 1 over where James Neesham 13*(5) and Martin Guptill 1(1) scored a total of 15 runs with a wide ball run as an extra. After that scores level and winner of this match is decided by rule where boundaries are counted and the winner is decided by this.

In the whole tournament, England has performed outstanding and won many matches. In the final match also they won on their Strength with team spirit. It is not only England winning, but it is the winning of cricket also. After 23 years ICC got a new team winner in the world cup. So Congratulations to the England team for the winner of ICC Cricket World Cup 2019. Also congratulations to their fans who supported them.