Emilia Clarke Updates: We all have watched some dramas or series or movies, but we know that none was like FRIENDS. FRIENDS was a comedy series that was loved by all over the world, and it was not just the series but also the characters who were there in the series that people loved. From Rachel to Joey, we remember everyone, and we have loved all of them. It is not just about ordinary people who were fans of FRIENDS and their characters but also celebrities. Recently we have seen Emilia Clarke fangirling Joey or Matt Le Blanc.

Emilia Clarke, famously known for her acting in Game of Thrones, is a massive fan of the comedy series FRIENDS. Recently we have seen this talented actress fangirling Joey or Matt. Emilia with Matt was there on the talk show called The Graham Norton Show, where they exchanged some words. We have seen that Matt Le Blanc was sitting just right next to Emilia, and she was all red. Matt, who played Joey Tribbiani in Friends from 1994 to 2004, admired many people. 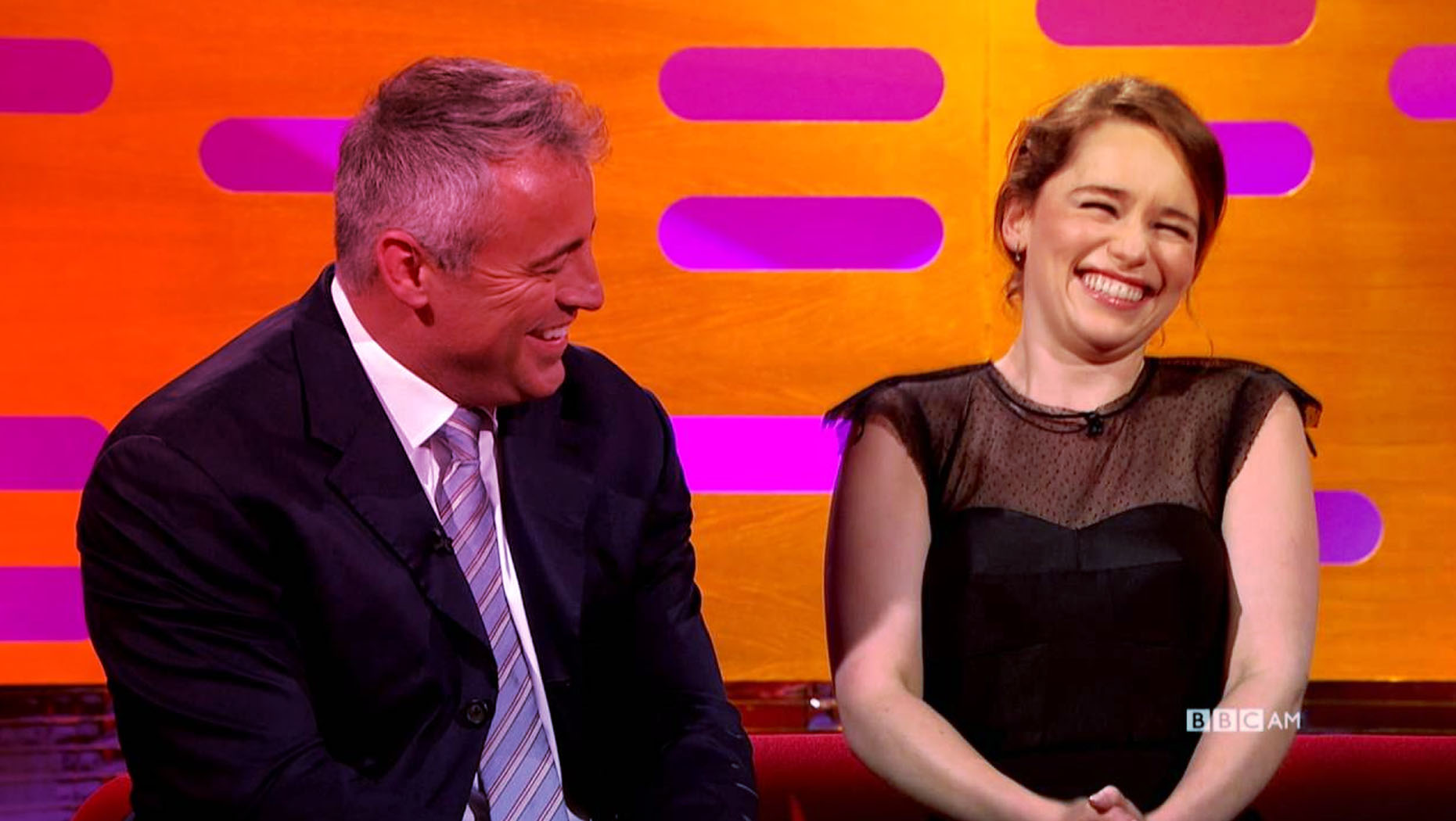 In the show, we have seen that Emilia cannot control her excitement and blush. When the show host, Graham, asked Emilia Clarke whether she had talked to Matt backstage or not? In reply, she started blushing and said that she did talk; she said: “Yeah, kind of,” and then she laughed. She then turned red and looked at Matt, and she said that she thought Matt was wicked, and they both smiled.

In reply, Matt also smiled and gave a side hug to Emilia, and then again, she went red cheeks. Graham then asked one more guest who was present on the show, Beckinsale; Graham asked that her daughter is also a fan of FRIENDS. In reply, Beckinsale said that her daughter Lily Mosheen watched the show and she loves FRIENDS and Matt in it.

After exchanging some more words with each other, Emilia came forward with a wish for her. She said that she wanted to complete a desire. She had a wish which she wanted Matt to ask her how she was doing. Well, everyone knows that this was a reference from the series of Matt, that is FRIENDS.

Emilia was recently in the news related to her role in Aquaman 2. We know how Amber Heard was replaced in the Aquaman and how the rumors associated with Emilia replacing Amber came. Emilia also appeared in The Graham Norton Show with the Aquaman himself. She is one of the highest-paid actors of America and has also achieved the title of one of the sexiest women in the world. She debuted in Hollywood with Doctors (2009), but she became famous for her role in Game of Thrones in 2011. She worked in Game of Thrones till 2019 and has also received four-time nominations in Primetime Emmy Awards.