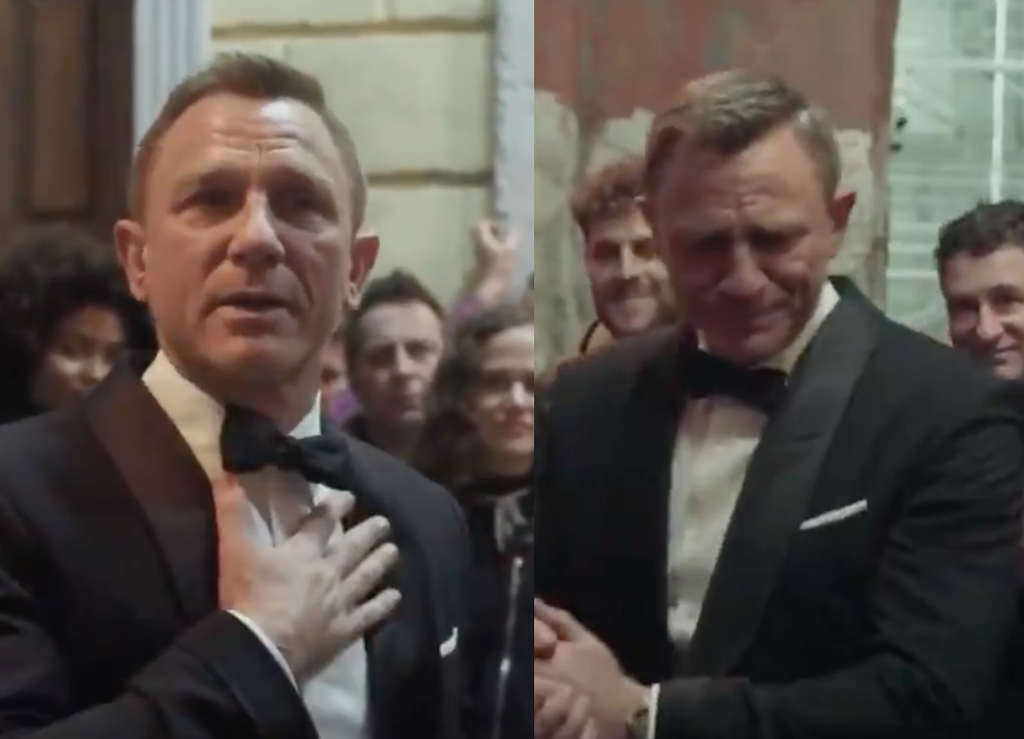 Daniel Craig has bid farewell to 007 as he gave an emotional speech to the cast and crew on his final James Bond film No Time To Die.

Craig has been Bond for 15 years. This is the longest time any actor has played the role. (Note- it has been extended further due to Covid delays causing the release of No Time To Die to be pushed back three times.)

So emotions were inevitably running high as the actor thanked the cast and crew he’s been working with for all this time.

In a clip that is now doing the rounds online but was shot in 2019, Craig said: “A lot of people here worked on five pictures with me, and I know there’s a lot of things said about what I think about these films or all of those, whatever,” Craig said, perhaps alluding to previous comments he made in a 2015 interview with Time Out magazine, where he said “I’d rather break this glass and slash my wrists,” than do another Bond movie.

Despite these reports, Craig continues: “I’ve loved every single second of these movies, and especially this one because I’ve gotten up every morning and I’ve had the chance to work with you guys. And that has been one of the greatest honours of my life.”

Fans of the movie franchise were all feeling pretty emotional after hearing Craig parting words, as the speech spelt the end of an era.

People on Twitter also took the time to praise Craig in his role as James Bond for the past 15 years and share their excitement for the release of No Time To Die.

After three delays due to the Covid pandemic, Craig’s final Bond film No Time To Die is set to be released next month.

No Time To Die is set to be released in the UK on September 30.