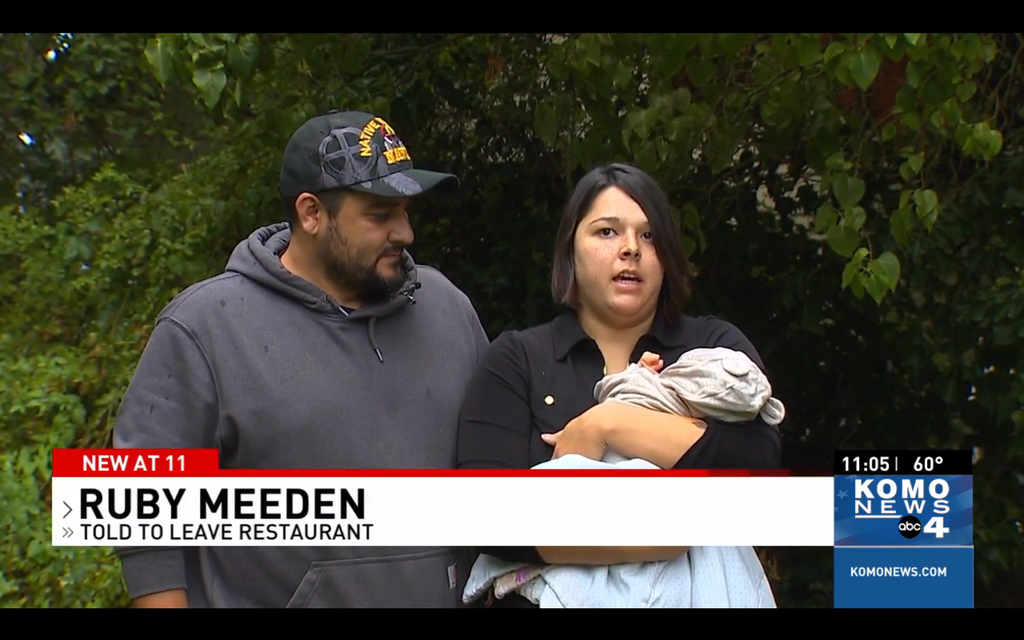 Demonstrations took place outside a restaurant last week after a mother was allegedly asked to leave while breastfeeding.

She told KOMO News that Rhett was hungry at the restaurant, so she “covered” and fed him, “facing the wall”.

Aaron says that after leaving the family for half an hour, the owner approached them and asked them to leave.

When they tried to find out why they were being asked to leave, Aaron alleges the owner told them to “never come back.”

Ruby added: “My choice to breastfeed my child in that restaurant was the reason my entire family was thrown out. It was awful.

They said it was horrible and they plan to ask the state Human Rights Commission for an investigation.

Indy100 reached Greek Islands Restaurant to get their comments.