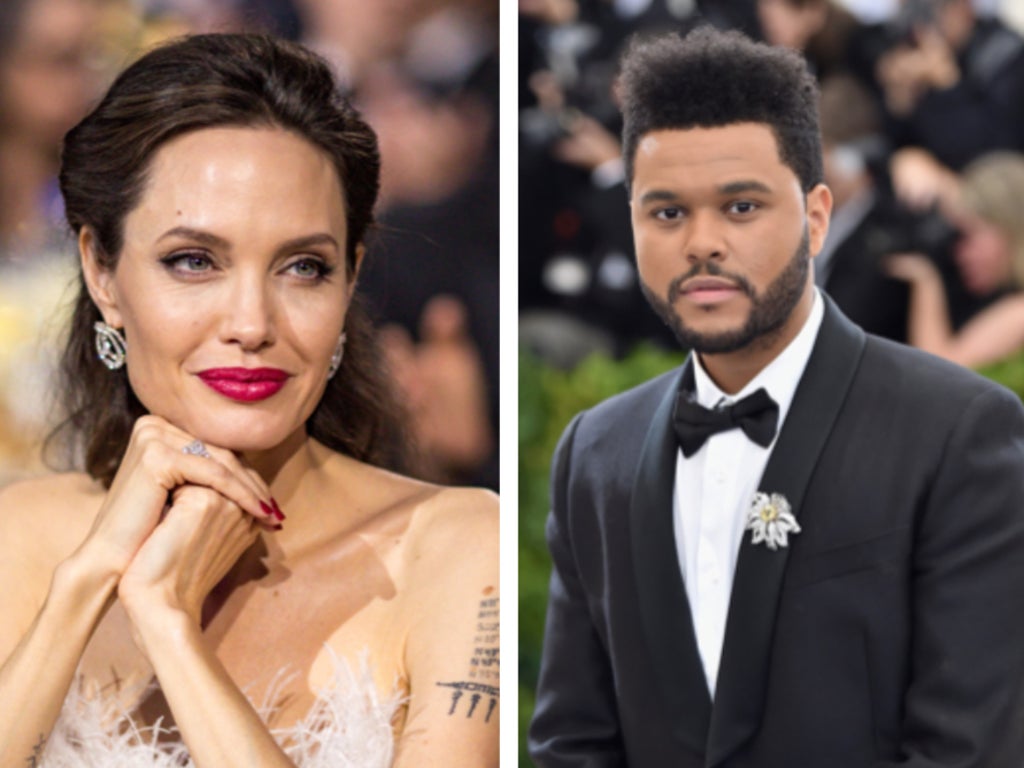 Angelina Jolie and The Weeknd fuelled dating rumours after they were pictured leaving a Los Angeles restaurant together on Saturday night.

The luxurious restaurant was their second public outing together after they were spotted dining together on June 30 – where they left separately. They also reportedly attended the same Mustafa the Poet concert in July, though there’s no proof they were together inside the venue.

Naturally, social media spiralled out of control about the potential new power couple and took to Twitter to express their shock.

Some were quick to highlight The Weeknd’s 2016 hit Party Monster, where he famously refers to the actress: “Angelina, lips like Angelina.”

One said: “I can’t believe they’re really dating I thought we were joking.”

While another Twitter used candidly refused to believe the rumours, “Not a way in hot hell angelina jolie is romantically with the weeknd. I refuse i refuse i refuse”, they tweeted.

The pair have had their share of high-profile relationships. The Maleficent actress was famously dating Brad Pitt for 12 years and raised six children together. They filed for divorce in 2016.

The Weeknd has been romantically tied to Bella Hadid and Selena Gomez in the past.

Well, we didn’t see this coming!

Indy100 has reached out to their reps for comment.