Angrezi Medium is the spin-off film of Hindi Medium which features Irrfan Khan as the lead actor alongside Radhika Madan. The film is expected to have quite a decent run in the box-office. There is a wide-spread scare concerning the coronavirus which is carried out throughout the nation.

The premise of the film is going to pull people to theaters due to the fandom of one of the greatest actors of our time, Irrfan Khan and Kareena Kapoor Khan who will play a necessary role in the film.

Girish Johar, the trade analyst said that Angrezi Medium’s trailer is significantly appreciated by the audience. The film will be a success as it targets family audiences, upmarket, as well as a niche audience. The premise of the film is light and comic at the same time. 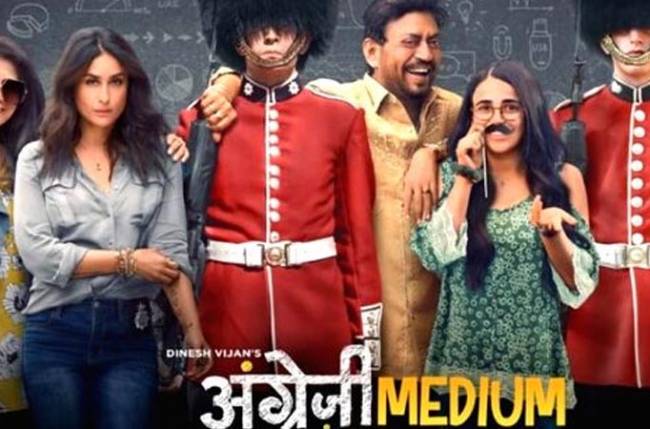 Box-office collection of Angrezi Medium on the first-day

According to Girish Johar, on the opening day, the film is going to earn around ₹3.5-4.5 crores. Other than this figure, the content and word of mouth will intrigue more people to watch the film.

The director is going to benefit from the film and its business significantly. According to Girish Johar, people are very much excited to see Irrfan Khan on the film screen. The film also features Dimple Kapadia, Deepak Dobriyal, Pankaj Tripathi, Kiku Sharda, and Radhika Madan. The fans of Irrfan Khan were waiting for the actor to recover soon.