Justin Spitzer is the creator of “American auto”. The American Television sitcom is set to premiere on NBC on 13th December 2021. This will showcase 2 “sneak episodes”. The episodes are noted as “Pilot” and The “White Van”.

NBC had given the order for the pilot episode on January 23, 2020. Justin Spitzer had written the pilot episode as Jeffrey blitz directed it. Also, Justin Spitzer, Aaron Kaplan, and Dana Honor were supposed to co-produce it together.
NBC announced that it had ordered the show on 12th January 2021.
Justin Spitzer says, “After 6 years of Superstore, A show about working-class people struggling to make ends meet while being squeezed by corporate America, I wanted to write about the people doing the squeezing: the executive at the decision center of a corporation, in a world of high rise offices and private jets,”

Should you watch this show? What is it about? Will it be worth your time? Read more to find out. 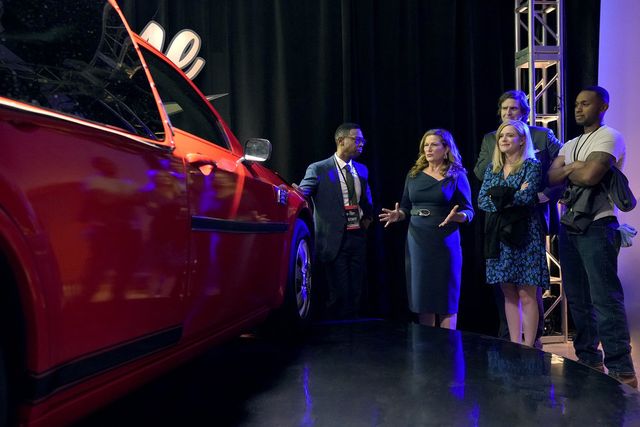 Katherine Hastings is ignorant about the card industry. However, she is leading this cute auto Corporation. When asked about it, she responds with “Oh! that’s my uber”. When Payne employees analyze their last model, they discover some major issues with the car like the fact it does not brake, when it is supposed to. Obviously, this is going to create a lot of problems.