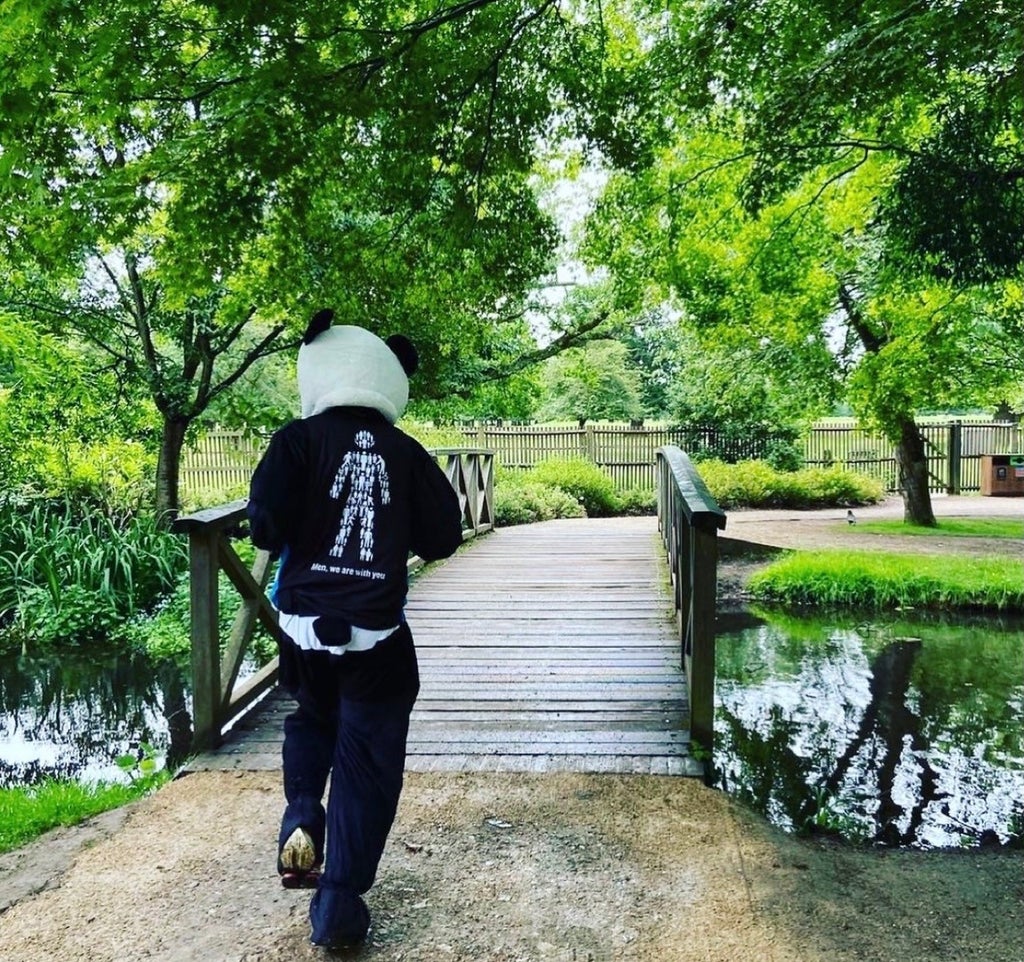 An accountant is hoping to become the fastest person to run a marathon dressed as a panda when he takes on the London course in fancy dress for prostate cancer.

Hayden Harbud, 45, from Worcester Park in Surrey decided to dress as a giant panda to help raise awareness of the disease after the death of his close friend and the diagnosis of his father.

Mr Harbud said he chose the “Prostate Panda” costume in the hope it will inspire conversations about the illness, which could result in men checking symptoms.

The father-of-three began raising money for Prostate Cancer UK after his business partner and mentor, Patrick Heanen, died at the age of 73 and has raised more than £8,000 so far.

Mr Harbud said: “He started to get a lot of bladder problems but just thought he had infections.

“Eventually he was diagnosed with prostate cancer and none of us knew about it at all. I just always thought it would be a pain but he wouldn’t die from it.”

He added: “When we got the call that he’d passed away, that was pretty tough.”

Mr Harbud said he was three weeks into training for the 2020 London Marathon, when his father, Stephen Harbud, became unwell and was diagnosed with prostate cancer following blood tests.

Mr Harbud said: “The treatment he had was ground-breaking and this is funded from people raising money.”

He added: “Prostate cancer has gone from something I didn’t know about to something that’s quite prominent in my life.”

Mr Harbud ran last year’s virtual marathon without a costume but decided he needed to do something different this year.

He said he was confident he could set an unofficial world record for fastest marathon dressed as a panda and is aiming to run the course in under three hours 48 minutes.

Mr Harbud said there were a combination of reasons for choosing the panda costume.

He said: “The name Prostate Panda is a bit catchy, my youngest daughter loves pandas and the black and white for Prostate Cancer UK, it all fitted in.

“I’ve also found that children go absolutely mad about this panda and if they ask their dad: ‘What’s that panda about?’, it’s more awareness, putting this whole prostate cancer thing in men’s minds, seeing me and thinking: ‘You know what, I really need to get a check-up’.”

He added: “I just want men to know about it, try to identify the symptoms and if they do identify them, go and get checked.

“Be aware about what it is and what the symptoms are.”

Mr Harbud, who recently ran the Great North Run as the panda, said he gets a “brilliant” reaction when he is out training in the costume but it has a number of challenges.

“The head is really big, it wobbles, it makes trying to drink, trying to fuel, really difficult. And the heat and the temperature inside it is just amazing,” he said.

Mr Harbud said he is hoping to complete all six of the world major marathons but is yet to decide if he will run them all as the Prostate Panda.

He said: “It’s not out of the question but I’ll get this one out of the way first and see how I feel.”