As the TV series “You” began streaming on Netflix, people have not been able to stop talking about it. There have been so many exciting talks around. The thriller has familiar faces, which include Penn Badgley, John Stamos, and Shay Mitchell.

It is based on the book of the same name, You, written by Caroline Kepnes. It was published in 2014, which means it was not out in the world for long before it was turned into a TV series.

The show is based on the love story of Joe Goldberg (Badgley), a bookstore manager, and obsessively pursuing a graduate-school student, Guinevere Beck (Elizabeth Lail). His obsession starts blossoming after encountering her just once. But this is not a typical love story. Things are pretty different here as they begin to get dangerous with time. Despite being colorful due to love, it also starts getting dark as the scenes of murders and other unknown mysteries start approaching the show.

Yes, season 3 of the show was supposed to accompany its fans in 2020. However, as the situation of Covid-19 got at its peak, the show also got delayed. The exact release date of the show is still unclear. It was said that it is not close to anyone’s expectations yet. However, to get you a little idea and the happiness- it is probably coming in the last months of 2021. 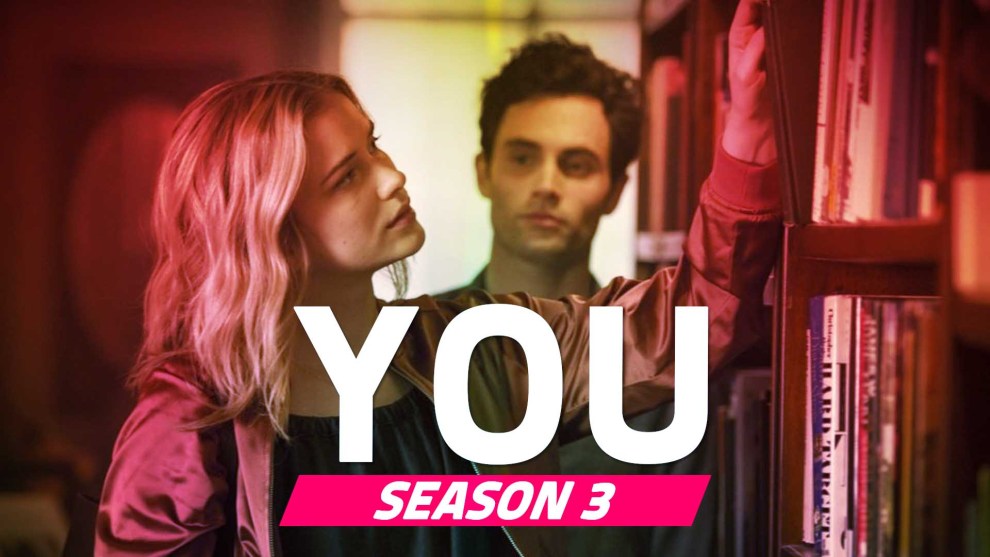 This is because the last seasons were also released during the last few months of the year around the festive season. Thus, please keep your eyes open, and be among the first ones to watch the upcoming season before the spoilers spoil you. We are excited and hoping the same from you!