Woman trashes McDonald’s because her coffee order took too long 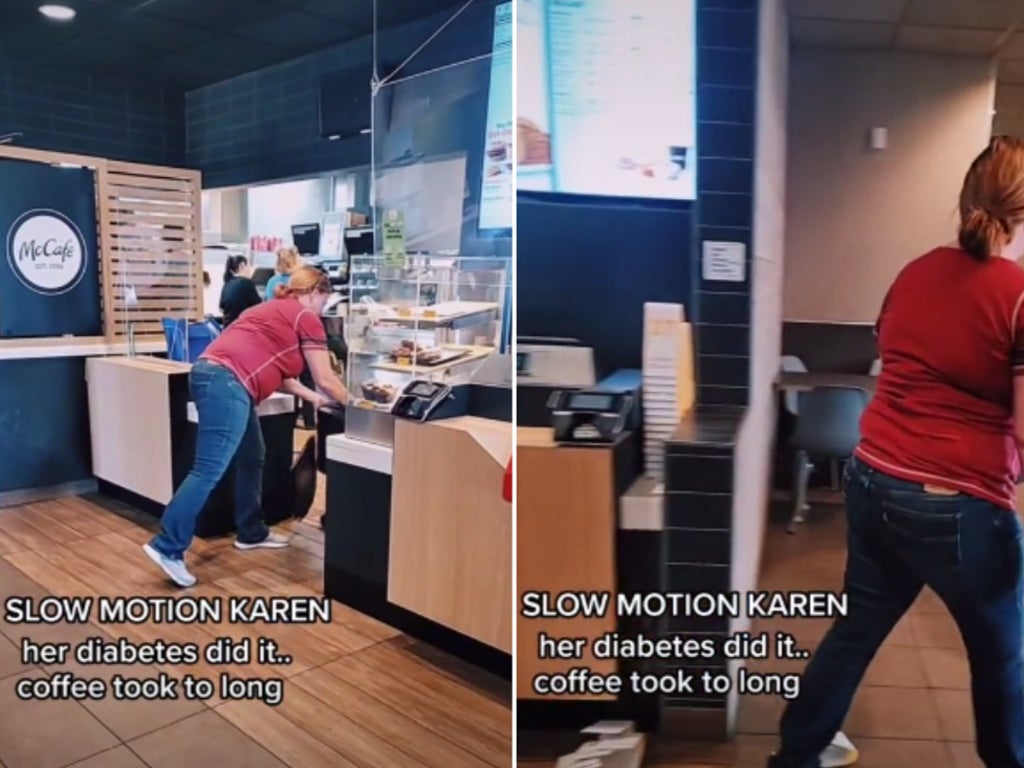 A woman in an Arknasas McDonald’s restaurant appeared to lose it as she was filmed knocking over trays and table markers – and blamed her hostile actions on her diabetes and that her “blood sugar is low.”

TikToker C.J. (@still.bad.decisions) witnessed the entire incident and recorded as the woman as she told staff to “be more professional” before leaving a path of disorder behind her, C.J can also be seen helping McDonald’s staff clean up the mess the woman made.

She added some context to the clip with an on-screen caption that read: “SLOW MOTION KAREN, her diabetes did it… coffee took too long” and the TikToker also joked in her video caption, writing: “I lost my Karen virginity today.”

The woman’s angry commotion has since been viewed over 1.1 million times, with over 110,000 likes and thousands of comments from people sharing their views on the incident.

Many people who say they have diabetes criticised the woman in the comments for using the condition and her “low blood sugar” as an excuse for her rude behaviour.

One person wrote: “As a diabetic, when my blood sugar is low, I sit down and ask for help. Not destroy a store,” and people seemed to agree with this as the comment has nearly 18,000 likes.

“My dad is a diabetic & when his sugar gets low he gets sleepy. When mine gets low I sweat & get shaky. I don’t throw a tantrum,” another person said.

Someone else joked: “Last time my blood sugar got low I robbed a bank, it really does affect people in different ways.”

“As a 20 year member of the diabetic community: we don’t claim her,” a fourth person replied.

While others could believe that the woman’s actions.

One person said: “That was the most passive aggressive tantrum I’ve ever seen, ‘I’m just gonna lightly push this off the counter.’”

“Did she think they would run to the coffee machine after that…?” Another person asked.

Someone else added: “Why can’t people behave like adults.”