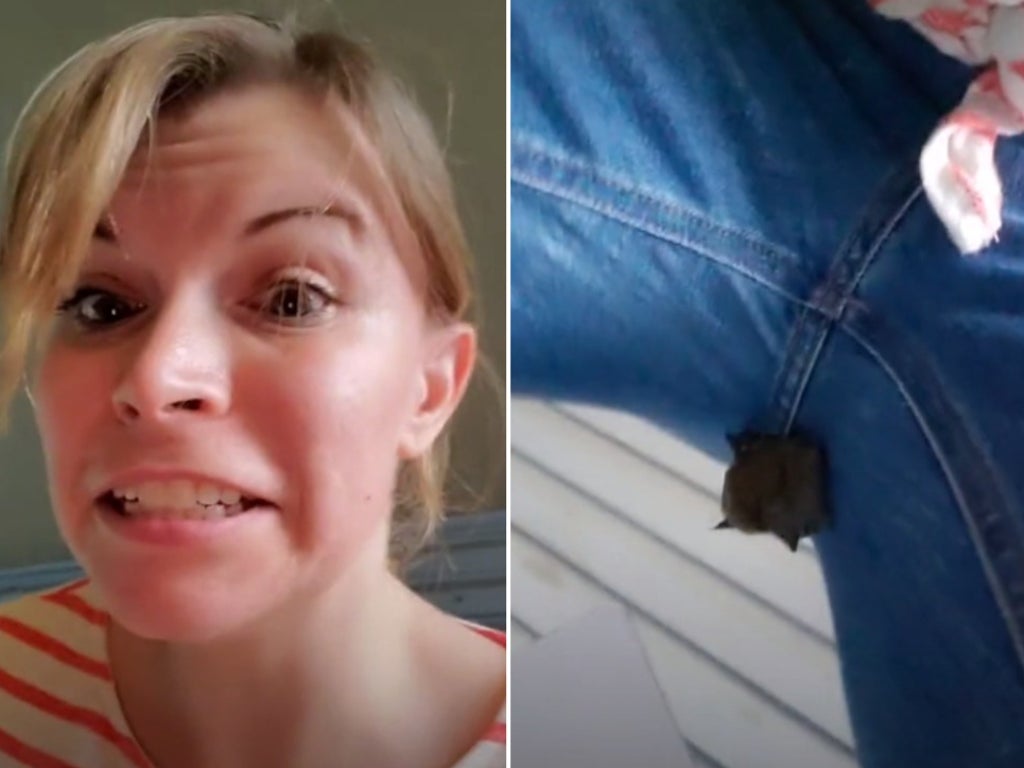 A woman has shared her shock after discovering an unexpected companion attached to the crotch of her jeans.

The TikToker who goes by @tkazig appears in the footage and looks pretty stunned when she rhetorically asked: “How did this really happen to me?”

We then begin to understand her surprise as she proceeds to pan the camera down to her crotch to reveal that a random bat is just casually chilling and hanging upside down on the crotch of her jeans.

Confirming we were all seeing the same thing, the TikToker adds: “That’s a goddamn bat.”

In the comments section, the TikToker was able to provide some more details about what happened next, because how does one get a bat off their crotch?

Sadly, the bat didn’t make it as @tkazig explains.

“Summary: my husband grabbed him, he died from cat-related injuries, tested neg [negative] for rabies,” she said, and appeared to name the bat as she added: “R.I.P Vlad.”

Since sharing her unusual animal encounter, the TikToker’s video has received 4.1m views, with nearly 530,000 likes, along with thousands of comments from people joking about the incident to others dying to know about the surreal situation.

One person asked: “Did it fly there or escape there?”

To which @tkazig replied: “All I know is I took a step and heard a squeak, looked down and…”

“Sounds like a freaky Dr Suess book. “Bat in the cat,” another person joked.

Someone else wrote: “How do people stay calm enough to get their phone out and film these things, i would’ve yeeted that boy into next week.”

“I called my husband first girl,” @tkazig responded, “I was terrified to move until he came to get it. I had to leave a vid for evidence if I died.”

“Y’all women going too damn far with these Halloween decorations but I love the commitment to the season,” a fourth person quipped.

@tkazig laughed: “Gotta stay ahead of my neighbors.”