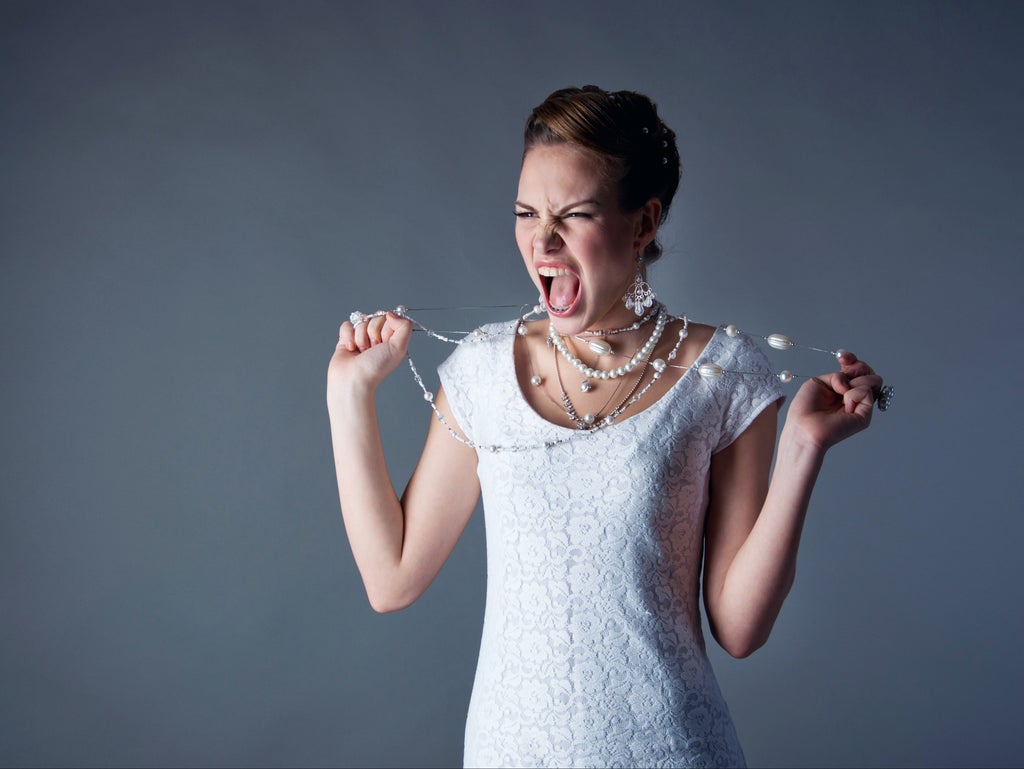 A bride-to-be has demanded that her pregnant sister-in-law wear a non-maternity bridesmaid gown on her special day— and also threatened to remove her from the bridal party if she refused to do so.

Taking to Reddit’s bridezilla forum, the bridesmaid, who remains anonymous, posted about her conflict on the platform. She detailed that she had been struggling to conceive due to fertility issues but recently became pregnant and would be about five months pregnant when her sister-in-law’s wedding was supposed to occur.

When she informed the bride—who happens to want all of her bridesmaids to be in the same dress—that she might not be able to fit in the chosen dress because of her pregnancy.

The bride was angered, and hinted that she might not be involved in the day’s festivities at all.

The bridesmaid asked Reddit if she was being unreasonable but was then reassured by readers that they felt the bride was unreasonable and that her attitude would only intensify.

The bridesmaid explained: “When I saw the dress, I thought it would be best to call the bridal company to get a consult on how this dress would fit at 5 months pregnant. It was recommended that I look at their maternity line, as it was said the dress would be constricting and uncomfortable at 5mos. The consultant said if it HAD to be the dress, I could try sizing up, but it wouldn’t guarantee a comfortable fit. Ok. So now I know…now to tell the bride.”

She then went on to say that she phoned the bride to inform her that there was “a problem with the dress fitting maternity sizes.” The bride then tells her: “I mean, couldn’t you just size up?” which was after the bridesmaid explained the problem with “sizing up.”

The bride tells the bridesmaid that she doesn’t know what to do but will make a decision and let her know.

Within minutes, the bride reportedly told the bridesmaid the following: “It comes down to this: I don’t want one bridesmaid wearing a different dress than the others… I know you talked to a consultant, but I don’t think your bump will be that big at 5 months…I want everyone to be comfortable; however, you will only be wearing the dress for 6 hours, so it really shouldn’t be that uncomfortable…you don’t have to wear the heels if those aren’t comfortable…” the bride said, in part.

The bride continued to say that she had been dreaming about this experience for many years and is “excited” to have the bridesmaid standing beside her, but a different dress is out of the question.

Afterwards, the bridesmaid sent a picture of the maternity dress that matches the original dress style, with the only difference being an “empire waist for maternity and a higher back.”

“She sends back: ‘I would still like everyone in the same dress, and you can just get it altered…I will suggest alterations if you’d like’” the bridesmaid concluded the post.

People in the comments congratulated the bridesmaid for her pregnancy as well as giving her sound advice to just step down from the party.

“You are pregnant. You are going to be tired, sick and hormonal. Avoid the situations that will cause you more stress. You can always say your doctor gave you stern advice not to be too active, considering it was very hard for you to get pregnant. I have used my difficult pregnancy to get out of a lot of things that are not important. And I don’t feel bad about it,” someone wrote.

“Step down if she’s okay with it. It’s fine that she wants everyone in the same dress. It’s fine that you’re going to be pregnant. You’ll be a great wedding guest. This way, you get out of being the sober one at the bachelorette weekend too!” another added.

Others believed that the bride seemed to lack empathy for the bridesmaid’s pregnancy.

“Idk. I think the fact that she’s more bothered about the dresses matching than her comfort is a little lacking in empathy. I’m not sure why people get so fixated on that stuff,” they said.

Someone else validated both the Redditor and sister-in-law’s sentiments about the course of the wedding and wrote, “I don’t think you are the a**hole, but neither is her IMO. Having your bridesmaids with the same dress is not an asshole move. Stepping down because you won’t be comfortable in said dress, is not an a**hole move either.”