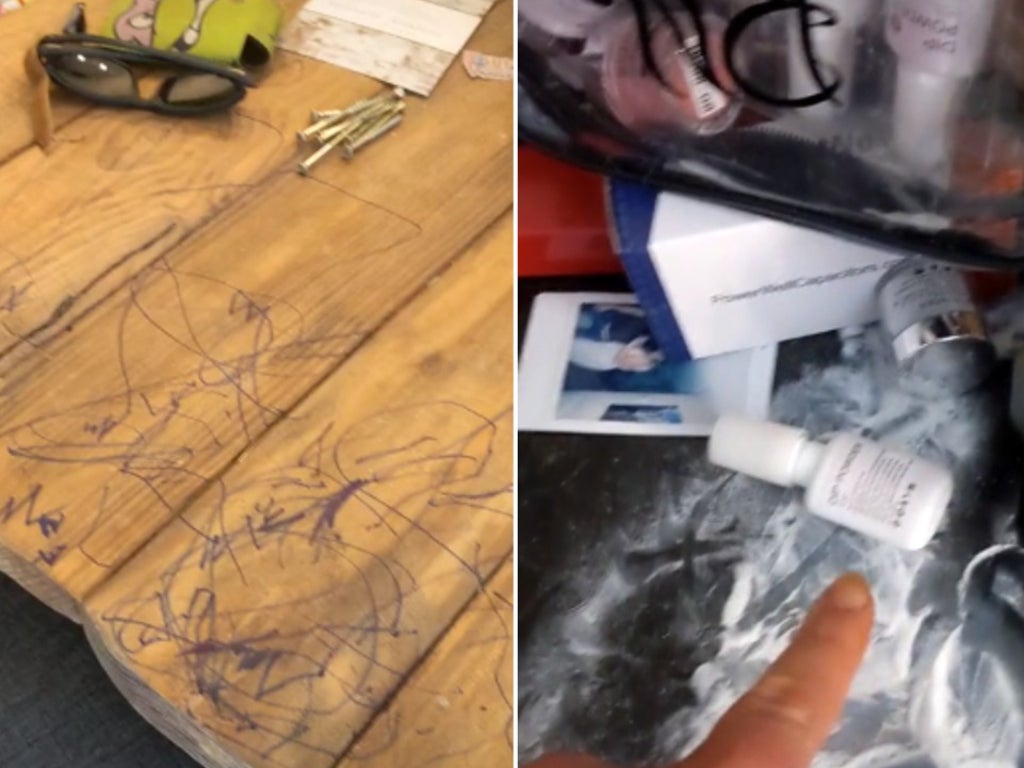 When someone is given the responsibility to house sit, it’s expected that they will take care of the property and leave the house as they found it.

But that’s not happened to one TikToker, who arrived home from a trip away to find her house trashed.

The TikToker, known only as Emily, was so stunned by the mess left behind that she decided to film it and share it with her followers. The camera begins by focusing on a wooden table which appears to have been ruined with some kind of black felt tip which has been scribbled all over its surface.

She then pans the camera to show random clothes, sweets and other debris strewn across the floor.

As she continues her journey through the wrecked house, Emily then points out a broken bottle which has been left underneath the sofa. The bedroom was no different with clothes similarly dumped on the floor and bits of rubbish left underneath the draws.

Obviously taken aback from the scene, Emily wrote as the caption: “POV: you come home after a beautiful weekend asking someone to watch the house, pups, and chicks and this is what you find.”

Since sharing her chaotic house, Emily’s video has received 5.9m views, with nearly 700,000 likes and thousands of comments from people who were just as shocked at what they were witnessing as Emily herself.

One person wrote: “As a house sitter DO NOT PAY HER and then demand that she pays to have someone come to clean. That makes me so mad!”

“How??? All you gotta do is sit on the couch and watch Netflix. Feed and water animals and walk the ones that need to be walked,” another person said.

Someone else added: “I am just – in shock at this. I’m so sorry! It must feel so disappointing.”

“Bro what?!?! This is insane…I’m so sorry this happened to you,” a fourth person replied.

Speaking to woman-devastated-after-house-sitter-leaves-her-home-trashed/?source=facebook”>UNILAD, the TikToker described feeling “heartbroken” about the situation and added that the backstory behind the video was her “seeking validation” online because family members “minimised” the incident.

“I would encourage others to remember it’s okay to put yourself first – just because someone doesn’t like a boundary, doesn’t mean it’s not valid. It likely means that they benefitted more from the boundary-less version of you,” she added.