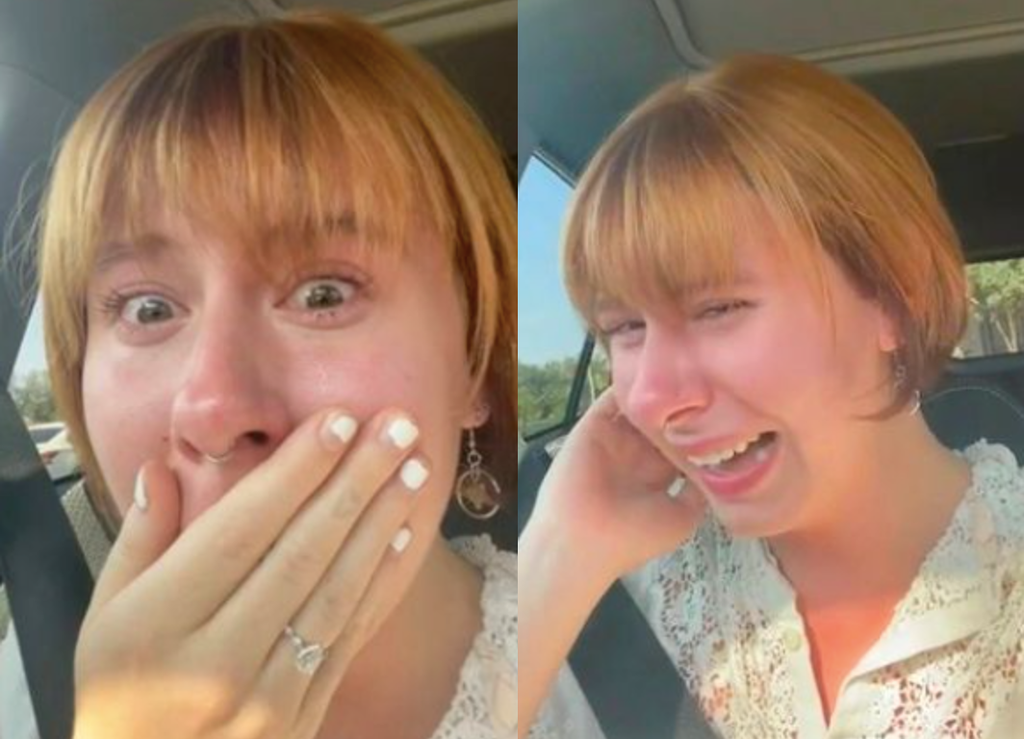 A woman has become a viral sensation on TikTok after she played $300 (£215) for a haircut which reduced her to tears as according to her made her “look like a f**king Karen.”

@icarlyreboot, who describes herself as a “tattooed comedian with no will to live,” has racked up more than 5 million views on TikTok for her reaction to an expensive new short haircut which judging by her reaction wasn’t what she was hoping for.

Amusingly she starts to embrace the newfound persona that her haircut has given her and adds “Okay, let’s practice, ‘Let me speak to your manager.’ Oh my God, why does God f***ing hate me!”

Those that have watched the video have sympathised with her but were also entertained by her reaction. One person wrote: “Girl I have been there! I got 8 inches cut off unplanned and the hairstylist kept cutting I was in tears.” Another wrote: “I need to know what you were going for in the first place? Like how did she mess up so bad? Not that it looks bad but you clearly think so.”

A third said: “Aww I FEEL YOUR PAIN but you are HELLA FUNNY and cute.”

In a follow-up video posted a few days later, @icarlyreboot explains that she was denied a refund after going “full-blown Karen mode” but had managed to make some changes to her hair herself and looked to be in much better spirits about the whole thing.

In another video she discovers that the online success of her video has since made its way to the media to which she says, “my life is literally a joke.”

At least her hair looks nice again now though.