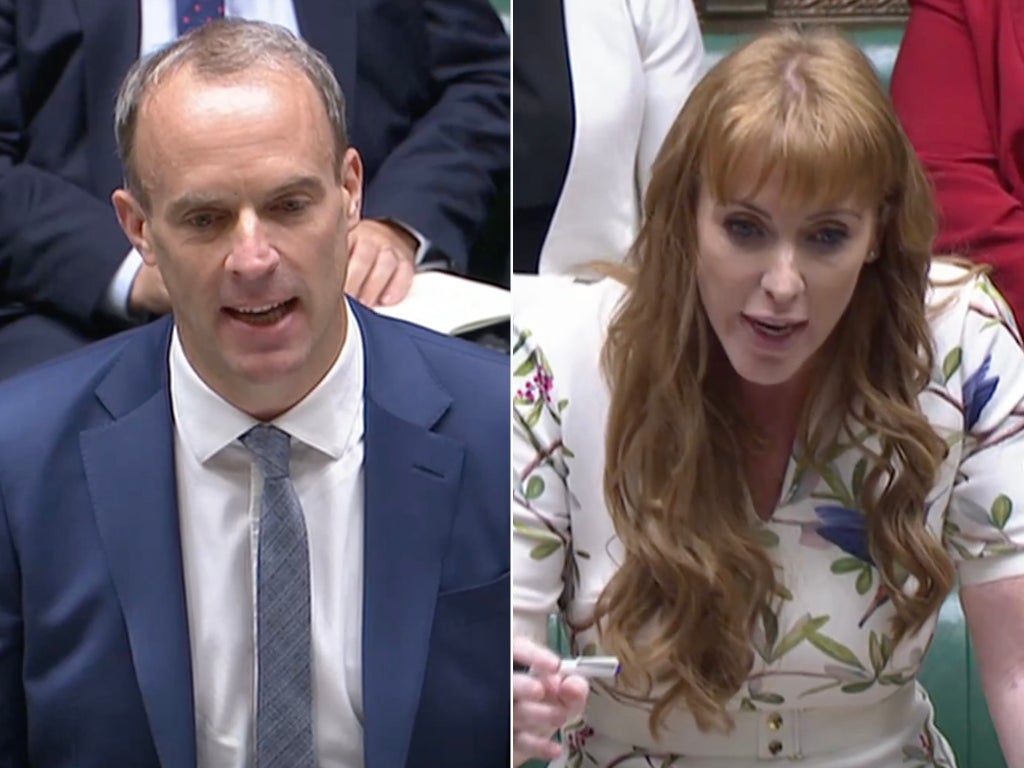 It is nice to shake things up a bit, even in the stuffiest of institutions.

This week’s PMQs was fought between deputy prime minister Dominic Raab and deputy leader of the Labour Party Angela Rayner and made a welcome change to the usual back and forth between Starmer and Johnson.

This week, the two deputies rolled up their sleeves and clashed about cuts to Universal Credit and the energy crisis, and Rayner also had plenty of jokes about Raab’s unfortunately timed holiday to Crete.

What did the understudies think of their bosses? Let’s take a look:

“Does the deputy Prime Minister still believe that British workers are amongst the worst idlers in the world,” Rayner, 1/10

Opposition leaders – or those representing them – have a chance to ask six questions to representatives of the government. While Raab’s words, made in a book published in 2012, are galling, they have been well scrutinised in the past and certainly well documented. It seemed lazy to bring them up, and even more important, it was a waste of time.

“Can the deputy prime minister tell us how much his universal credit cut and national insurance hike will take from a worker on £18,00 a year, say a shop worker, or a travel agent?” Rayner, 8/10

This was a good little joke about Raab’s holiday to Crete, which he made while Kabul was falling to the Taliban and was widely criticised for, so she was right to have a smirk on her face as she made. It was also a good point and captured widespread concerns that these two policies will be disastrous for working people

It is a shame this can be read in two ways. Because as much as Raab may think the Conservative’s plan is working – as in functioning – to opponents like the Labour Party it seems that the government’s plan is to expect people to work ‘harder’ in numerous jobs with long hours to reach a minimum standard of living.

In response, Rayner listed calculations alleging that the UC and NI policies will make people earning £18,000 lose over £1000 a year – the average household energy bill – at a time in which gas prices are rising fast. Meticulous stuff.

“Can he tell us how many days a worker on the minimum wage would have to work each year in order to afford a night in a luxury hotel, say in Crete,” Rayner 6/10

Rayner twisted the knife again and even Raab chuckled in response. It was quite strong rhetoric to put Labour on the side for ordinary workers and make the Tories seem out-of-touch. Rayner then revealed a worker would have to work 50 days to pay for a hotel and said the number would be “probably more if the sea was open”. Zing.

“Labour talks down to working people and under the Conservatives they get to rise up and fulfil their potential.” Raab, 2/10

… Said the Oxbridge educated Raab, talking down to Rayner.

A classic political joke was made even more zeitgeisty given the energy crisis. It’s lovely stuff. Rayner was then reminded of the joke by Raab, which was quite embarrassing. Dom, get your own material!

“Maybe he should go back to his sun-lounger and let me take over,” Rayner, 3/10

OK, we get the idea now. Raab went with her to Crete… Rayner was a good comedian and made some good points, but she sometimes relied too heavily on political barbs.

“This is a Conservative Party that does not care about working people… working people will have to choose between feeding their kids and heating their homes,” Rayner 8/10

Rayner positioned the Labour Party well in this way and made an emotive point that will speak to voters.

“We’re the ones taking the difficult decisions, getting on with the job and our plan is working,” Raab, 2/10

It is clear Johnson had time to brief Raab on PMQs before zipping to the US. Raab finished PMQs like Johnson by shouting these key Tory lines and stock phrases. This would mean that anyone playing a drinking game with PMQs will be completely plastered.

Unfortunately for Raab, though, he rattled out these perfunctory lines with far less of Johnson’s vim and – forgive us – charisma meaning that his performance ended with a whimper at curtain call.

Taking on your boss’ role is always daunting and teething problems are to be expected. Raab, Rayner and Starmer were not as well-practiced.

Raab, however, seemed happy for the show to be over and had only one refrain – “The Labour Party would have been worse than us and if they were in power we would be in lockdown,” which seemed far less meticulous than the facts and statistics Rayner rattled off with ease and poise – even if she did make a few too many holiday jokes. She was so dominant on the stage that people from the right gave her praises.

In the war of the understudies, who is more likely make it to Broadway? Rayner is certain, but Raab might be able to sell us an ice-cream during the interval.