The bingo industry is one of the fastest growing sectors on the planet, and this is thanks to its willingness to adapt to the endlessly shifting technological advancements which are occurring alongside its growth. The global online gambling market was worth US$53 billion in 2019, and is expected to continue booming to $95 billion by 2025. Bingo is a major contributing factor to this spike. Online bingo is now challenging the online casino sector when it comes to innovation and evolution as well, and it is exciting to think what new tech will be brought in to improve it further in the years ahead.

What are the Major Innovations so Far?

When bingo moved to an online setting, developers and operators took the opportunity to completely rebrand the game and turn it into something fresh, bold, and exciting. Instead of simply digitalizing the 75 and 90 ball bingo draws, themes and new ways of playing were introduced. For example, when playing online bingo to win money at Betfair, players are faced with a startling number of choices including Rainbow Riches, House of Mirrors, and Grease bingo rooms. This diversity has served to broaden the demographic of bingo players more than ever before.

In addition to new and refined bingo options, online bingo sites offer other games for players to enjoy. Nowadays, it is common to find a wide range of slots and instant win games such as scratch cards at online bingo sites, as they seek to align themselves more with the online casino industry. This crossover has led to some exciting innovations with the games already. For instance, Slingo has emerged as a hybrid of slots and bingo. In the future, bingo could cross over with other games like roulette and blackjack.

Could VR be Huge in the Bingo Industry?

Virtual reality is slowly beginning to creep in to various industries, with gaming expected to be one of the driving forces behind its development. Projections say that the technology will spike in 2023 and generate revenue of more than $14.8 billion. But what will be the driving force behind this explosion? Many experts predict that the online casino and bingo sectors will be the primary powers behind the rise of VR.

VR could be extremely advantageous to the bingo industry, as it may help operators recreate the bingo hall experience and the social side of the game that comes with it. Although sites have made an effort to foster a community of players, the chatting and frolicking of old has not been fully replicated online. In a virtual bingo hall, though, players could feel as though they are sitting next to others from the site. They may be able to look and converse with one another as they play. Games like Microgaming’s VR roulette have given players a glimpse of this potential future in which there are virtual worlds featuring famous games.

It seems fair to assume that VR will be used to enhance the bingo industry at some point in the near future. Developers could expand on Microgaming’s roulette concept and create virtual chat rooms in which players can socialize and play bingo at the same time. 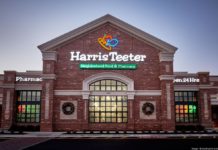 www.primevideo.com/mytv Activation Code, How to Register for primevideo/mytv Code? 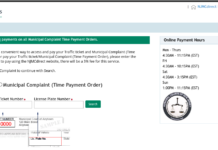